Who are the other horses and riders alongside Americah Pharoah?

Both before and after the Belmont Stakes on Saturday, I noticed that the horses and jockeys were accompanied by men wearing red vests over white shirts, who were also on horses. They first led the procession to the track, then stayed in the rear while the horses entered the gate.

After the race, one of the men rode alongside Victor Espinoza as American Pharoah cooled down after the race. At first, as I had thought earlier, it seemed that the men were merely there to ensure that everything went fine and the horses went where they were supposed to go. However, I noticed that Espinoza was talking and laughing with the man after the race, and America Pharoah appeared the be nuzzling the other horse, indicating that the two pairs knew each other. That seemed to cast doubt on my first theory.

Who are the red-vest-wearing men? Are they officials?

A picture can be seen here, later in the article. 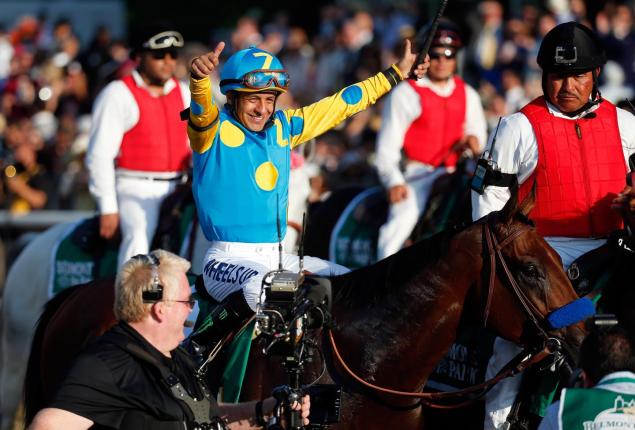 These are indeed lead ponies or companion ponies. This horse(s) are brought along with a race horse to and on the road to keep them emotionally stable and focused on the race. These ponies help them to stay calm before races. This is a common practice for many race horses.

Famed champion Seabiscuit relied on a whole covey of kindly animals: a horse named Pumpkin, a dog named Pocatell, and a spider monkey named Jo-Jo. The champion Unbridled, who won the 1990 Kentucky Derby, enjoyed companionship from his equine friend Mustard <

Not the answer you're looking for? Browse other questions tagged horse-racing or ask your own question.

3
How to calculate the far and near price of betfair?
7
Does handicapping really do what it claims?