Why are tennis players active in multiple events during a Grand Slam?

Now Wimbledon is going on for over a week, I wonder why some players enter mutliple events on the same Grand Slam, e.g. the Williams sisters that in the past participated in the Women's Singles and Doubles. There are plenty of players that start in the Single or (midex) Double.

My question is why do tennis-players do this?

I can imagine that playing in multiple events is exhausting if you survive a few rounds, and playing in the doubles does negatively affect once performance in the singles. On the other hand they might earn more money, or don't expect to get far in either of the events, but that does not hold for the Williams sisters.

First reason is Money as you stated.

Second, a big tournament has it's glory.
Winning a Grand Slam or an Olympic looks very well on your resume, No matter if it is not singles..

Last reason, It's FUN, some tennis players love to play tennis! a.k. Andy Ram
also Williams sister love to play with each other and this is their chance.
It's a way to meet and make friends

As an example Roger Federer, one of the greatest, played doubles in only 4 grand slams (The last one was on 2003!).
But on 2008 Summer Olympics in Beijing Federer played and won the gold medal 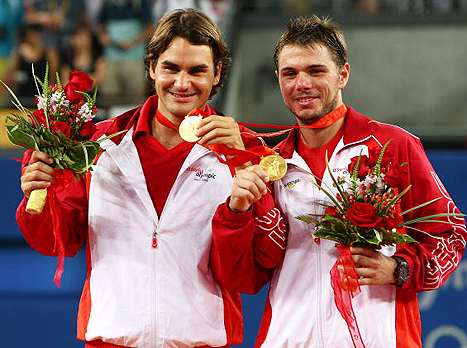 Not the answer you're looking for? Browse other questions tagged tennis or ask your own question.

2
ATP/WTA ranking during Grand Slam tournaments
5
Is the “makeup” of this year's womens' field at Wimbledon unusual?
3
Is it possible to enter junior tournament based on ATP/WTA rankings?
4
What was format of tennis year-end championships in the past?
5
How are points in the ATP/WTA ranking computed in case tournament final is delayed (and finished during the following week)?
6
How are doubles seeds calculated?
5
How many tennis players have announced retirement after winning Grand Slam?
3
What's the fastest grand slam tennis singles won
2
Last tennis players to win Grand Slam on home soil
4
Why was Andy Murray allowed to play doubles in Washington without a wildcard or PR?