I know that he has the record for the fastest pitch ever, but there is an hilarious stat that I found (but now cannot find again) once showing the 20 or so fastest pitches since 2000. I think Chapman had all but 2.

Has there ever been another pitcher who was this much ahead of the rest of the league? In other words, has there been a pitcher who's fastball was so consistently much faster than anyone else's? 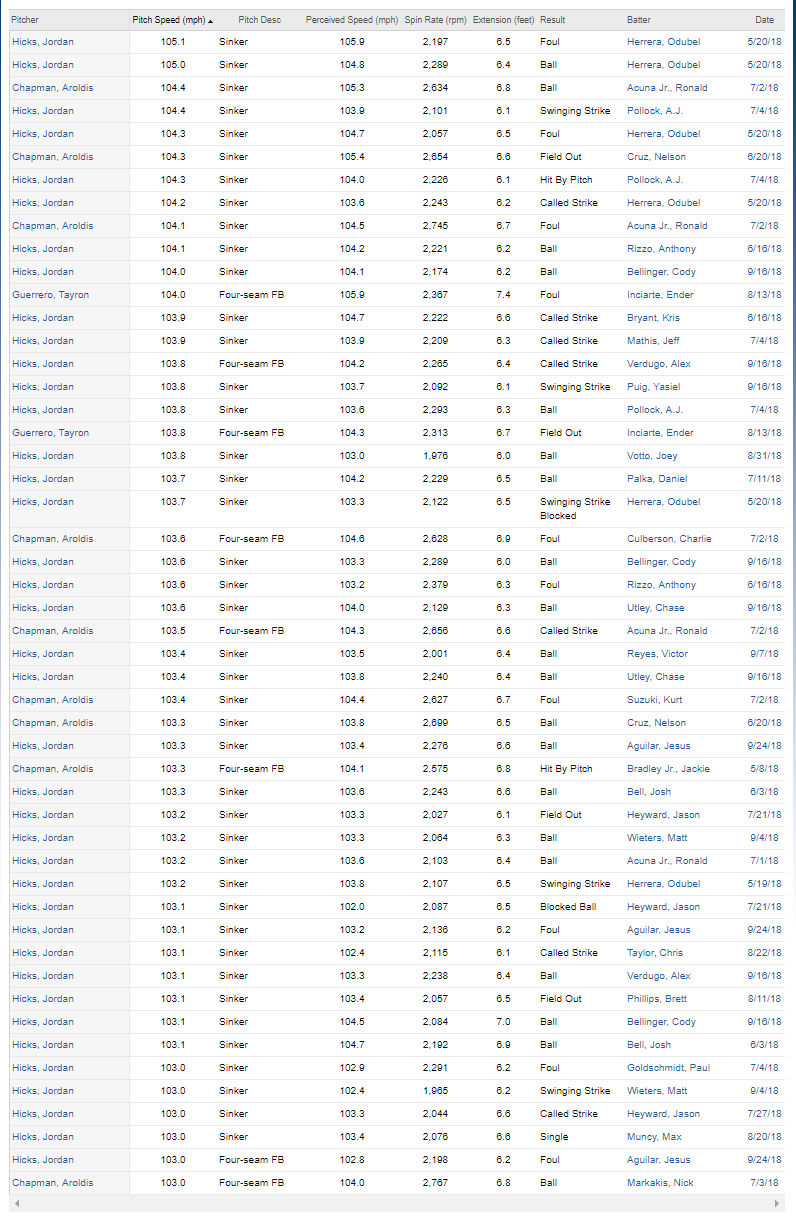 Not the answer you're looking for? Browse other questions tagged baseball pitching or ask your own question.

4
How could pitchers once pitch both games of a doubleheader?
1
Has a pitcher ever struck out nine consecutive batters in MLB?
3
Can a pitcher throw a strike during an intentional walk?
12
Why can't modern starting pitchers consistently pitch on 2-3 days rest?
4
What were the major transformations in pitching strategy in MLB history?
1
Has W.A.R. been used in this fashion?
0
What is the most consecutive pitches thrown that increased the batters strike count?
3
Has any two teams in the World Series ever get there without losing a game during the postseason?