Head to head - what to do if both teams lost

Normally a football match can end with these results:

If a judge issues a resolution, he can decide to assign that both teams lost the match.

This is a case of public order problems (violence between supporters and so on).

How do I consider this match in head to head statistics between these two teams?

Well I didn't think this could ever happen, and that any punishment would be achieved by docking points, but at least according to the table in Wikipedia some games resulted in both teams losing.

Summing the columns for wins and losses, you can see that 222 games were won, and 226 games lost. The total goal difference is also at -12. 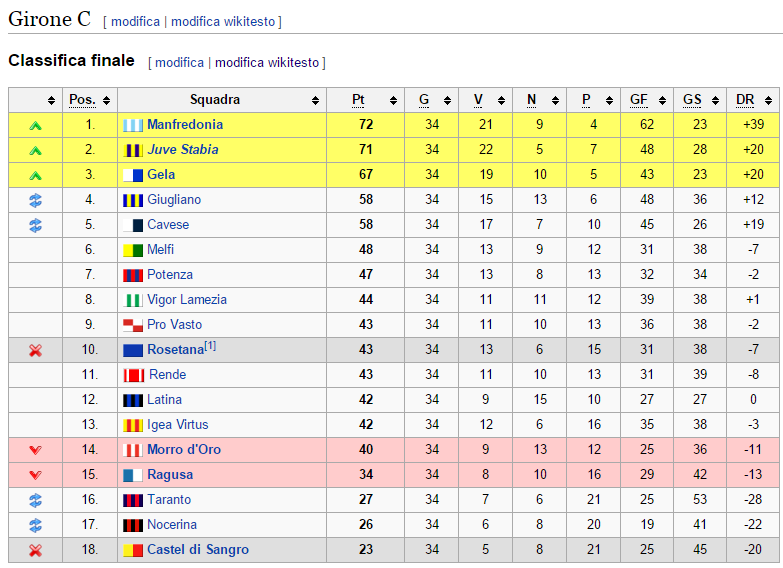 For a head-to-head record I suggest using @Don_Biglia's suggestion and just listing the wins for each team, and the draws, for example as found here: http://www.statto.com/football/teams/head-to-head/manchester-city/manchester-united

If there is a match where both teams lost, then the match will not feature at all in the table.

The only drawback is that this could mislead somebody as the total number of matches played between the teams. Possibly a footnote could be added "data excludes game from DD.MM.2005 where both teams lost due to crowd violence"

The only other option I can think of would be to have four rows/columns: Team A Win / Team B Win / Draw / Other. But it would probably add much complexity just to cover one or two unusual cases.

5
Is tackling with both legs illegal?
1
How can footballers head or hit the ball so high?
7
What teams have won the Champions League undefeated?
2
What decides if a faceoff is Won or Lost?
4
Highest number of own-goals scored in a game for both teams in football
3
Penalties scored by both feet?
3
Which team got the highest possession but still lost the match?
2
Referee stopped match mid-game and lost control, what happens?
3
What is the highest number of consecutive matches lost by a football player?