Is it a foul if no contact is made during an attempted reckless tackle?

If a player in possession narrowly dodges a very reckless and dangerously attempted tackle, but ends up losing the possession, will this still be ruled a foul despite no contact being made?

P.S: I vaguely remember such a debate had taken place previously when in 2009 David N'Gog (Liverpool) won a penalty against Birmingham as the referee thought there was enough contact for foul. Videos proved there was no contact later and it was ruled as a dive by media. But N'Gog subsequently clarified that he didn't dive to win the penalty but rather to avoid a dangerous tackle. Many Liverpool fans claimed that it was right to award a penalty in that case while other called it blatant dive. But what do the rules say?

Law 12 (here) point you in the right direction about this: 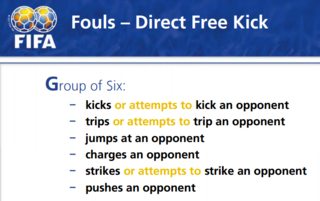 Anyway, referee has the option to allow the play to continue, and when the play stops, take a disciplinary measure (like a yellow or red card).

Remember that everything that happens in play, is judged by the referee.

The rule clearly states about the attempts, so missing the tackle could be interpreted by the referee as a foul.

Yes. Not only is it a foul to attempt a reckless tackle, it is also misconduct, resulting in a caution for unsporting behaviour.

Fouls and misconduct are penalised as follows:

A direct free kick is awarded to the opposing team if a player commits any of the following seven offences in a manner considered by the referee to be careless, reckless or using excessive force:

As you can see, not all of these careless / reckless / excessive force offences require contact.

If the referee believes the player has attempted to play the ball in a reckless manner, but has done so without making contact with the opponent, a direct free kick will be awarded for recklessly tackles an opponent.

If these offences occur in the penalty area, a penalty kick is awarded. On the same page, after the other three direct free kick offences, it states:

A penalty kick is awarded if any of the above ten offences is committed by a player inside his own penalty area, irrespective of the position of the ball, provided it is in play.

“Careless” means that the player has shown a lack of attention or consideration when making a challenge or that he acted without precaution.

“Reckless” means that the player has acted with complete disregard to the danger to, or consequences for, his opponent.

“Using excessive force” means that the player has far exceeded the necessary use of force and is in danger of injuring his opponent.

On p. 125, it states that the caution for a reckless foul is for unsporting behaviour:

There are different circumstances when a player must be cautioned for unsporting behaviour, e.g. if a player:

A player is cautioned and shown the yellow card if he commits any of the following seven offences:

9
Is it a foul for the defender to preemptively slide tackle a potential shot?
3
Eyes in the contact point during follow-through?
2
A fielder took the catch and made two steps backward and made contact with the boundary rope