Should this goal have been ruled offside?

Should this goal have been ruled offside? For what it's worth, it was called offside by the referee.

rules football officiating
Share
Improve this question
edited May 10 '16 at 18:35

This goal is absolutely regular (according to offside rule) 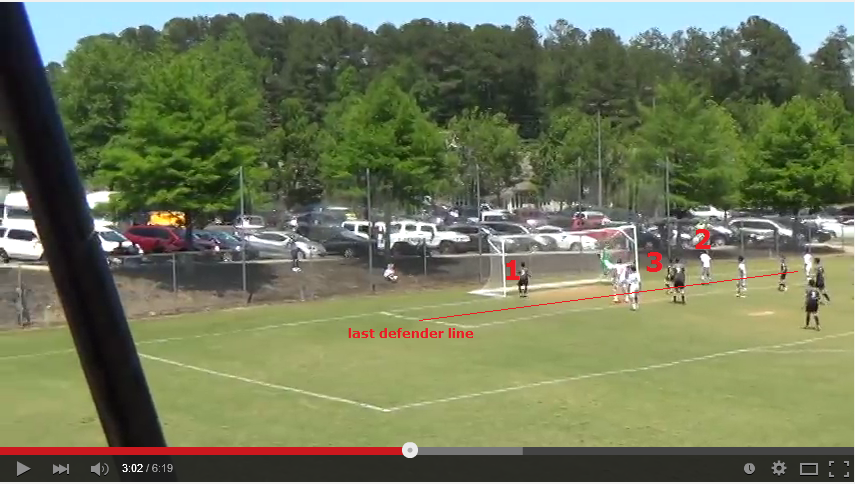 When the cross is kicked there are no players in offside. Then the goalkeeper deflects the ball over the bar (or the ball arrive directly over the bar), and in this moment (if the video screenshot is at the right moment) there is only a player in offside (near the left bar of the goal "numer 1"), but this player is a not-active position.

So the player that score the goal (number 3) is in a regular position for offside rule because the last defender is over (number 2).

No, the goal should have been allowed. The referee was incorrect in calling offside here.

Contrary to what has been suggested in other answers, the only time offside position should be evaluated for the purposes of determining when an offence has occurred is when the ball is last touched by a teammate.

It is not an offence in itself to be in an offside position.

A player in an offside position is only penalised if, at the moment the ball touches or is played by one of his team, he is, in the opinion of the referee, involved in active play by:

If this was not the case, attackers would not ever be able to run past the second last defender and challenge the goalkeeper for the ball like this and this. Note in both of these incidents, the scoring player was in an offside position when the ball was last touched by the goalkeeper.

Therefore, the only time that offside position should be judged is when the cross was played into the area, as shown in the following screenshot. 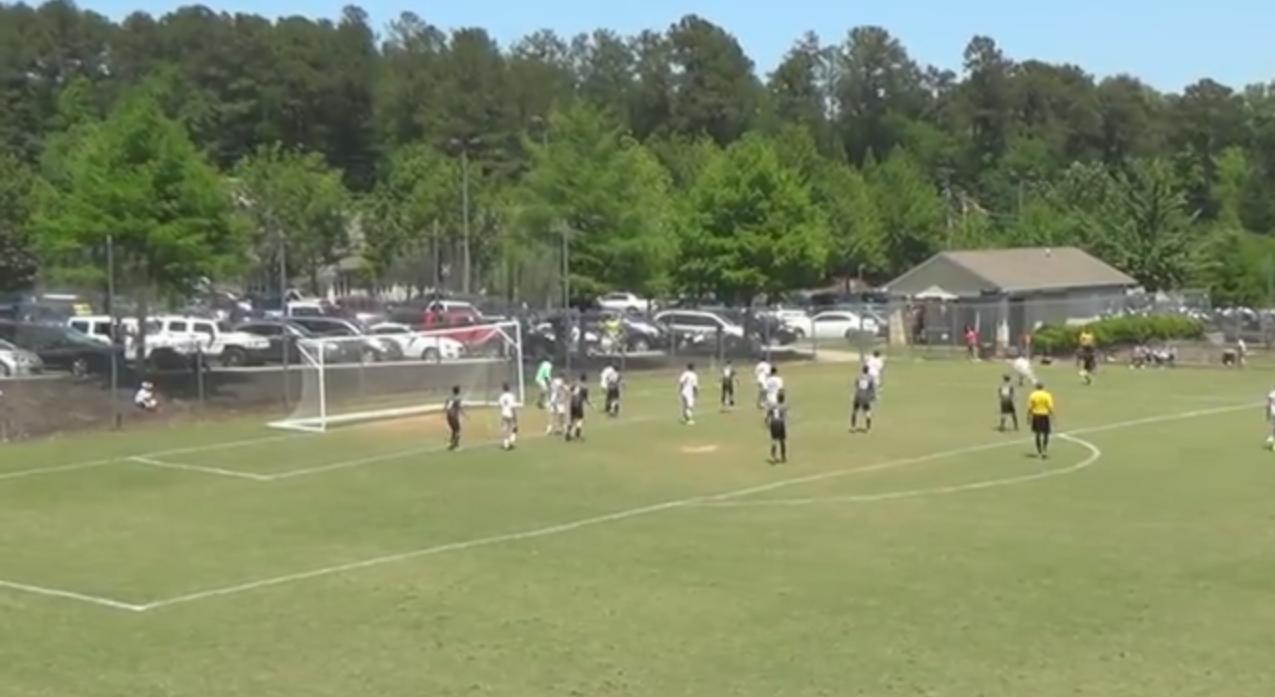 At this point, you will notice that there are two defending players closer to the goal line (the goalkeeper, and the white defender standing directly in front of him) than every other black player.

This should be a goal as pointed out by Ale due to the player 2 (red in Ale's picture).

The referee did not probably see the player 2. The referee's decision not a goal probably relies on the part 3 of offside rule if player(s) offside at the point of the crossing shot. Otherwise I would count this as a regular goal but the lineman's flag means that there must have been a player(s) in offside position before the crossing shot.

The point 3 of the Wikipedia link above is bolded below

where the referee probably concluded that the third is satisfied.

12
Was Jelavić's goal offside?
9
By what rule was the Fail Mary pass in the 2012 Packers/Seahawks game a touchdown?
9
What other sports have an offside rule other than football?
10
Where should the play restart from an offside?
8
Is this an Offside according to FIFA rules?
3
When advantage is played on a DOGSO situation, and a goal is scored, should the offender always be cautioned?
2
Should a goal be disallowed if a player in an offside position blocks the view of the goalkeeper?
7
Use of Video Assistant Review (VAR) in FIFA World Cup 2018
4
Should Jorgensen have been sent off for his DOGSO foul in Croatia-Denmark (2018 FIFA World Cup)?
4
In football, how should the referee deal with possible offside situations involving attacking/defending players off the field of play?