Why do the balls used in rugby and American football have a similar shape?

Is there any reason for the fact that rugby and American football share this (quite unusual) ball shape? 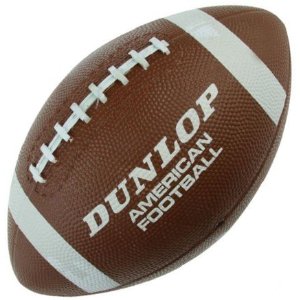 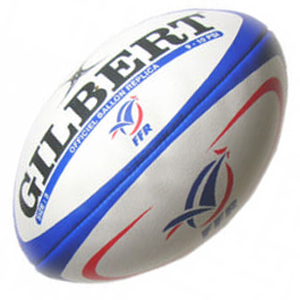 Do they have common roots? Does the American football ball come from the rugby one (which doesn't have the laces)? Is there any accepted "proof" behind this?

Since American football evolved partly from rugby1, it's no surprise that their shapes are similar.

The main reason for the oblong shape is to allow carrying the ball by hand. A round ball kicks very well indeed, but is very easy to knock away; an oblong ball is still effective to kick and is much easier to grip.

American footballs kept the same basic shape but added laces and pointed ends because both features make the ball easier to throw. Rugby, of course, needs neither feature.

The shape of both is mostly to do with aerodynamics. An American football needs to be thrown over long distances, and the ball's shape helps it maintain its trajectory and is therefore easier to throw. Although it doesn't need to be thrown over as long a distance, the game is predominantly played from hand to hand. I'd disagree with admartian in that the ball is passed far more than it is kicked. As an example, look at the recent six nations match between Wales and France where Wales completed 164 passes and France completed 99, compared to both teams combined only kicking whilst in possession 67 times.

They are similar and different because they share a similar lineage.

The main difference is down to their purpose. American footballs are predominantly designed to be thrown (hence the narrower end-points), while Rugby balls tend to be thicker as they are just as commonly kicked as they are passed around.

Here is another link which shows photos of the oblong Native American ball.. We still play this game today at our ceremony grounds. http://delawaretribe.org/blog/2013/06/27/pahsahman-the-lenape-indian-football-game/

Please see the following link to the oblong ball's origin in Native American Football centuries before modern football or European Rugby were ever thought of. http://lenapelady.tripod.com/football.html

Like Lacrossse, Rugby and Football are both adaptations of Native American games.

25
Why is American football called football?
29
Why is the referee treated so different in soccer and rugby
3
Why do athletes need help standing up?
2
Why do american commentators call the ball "the football"?
2
Why NFL kickers wear different shoes on each foot?
5
In American Football, why are fullbacks called such if they aren't all the way back from the OLine?
10
Position of holes on a floorball ball?
3
Why does a tennis ball have a curvilinear oval that goes around it?