Was there a golden ball award for the World cup prior 1978?

Many sources (such as RSSSF ) lists the golden ball from the World cup to be awarded first time in 1978 or 1982. However others (such as http://www.topendsports.com/events/worldcupsoccer/golden-ball.htm states it was awarded since 1930 ). In the fifa.com webpage once they were listed since 1982, but in some articles descriptions they state some players wining it before 1978 (such as Pelé in 1970) . Now official websites sometimes just upload information from articles in internet and not by a research or document from its own federation. When you look for photos of the golden ball prior to 1982, you can't find any photo. For example, you can't find a photo of Mario Kempes holding the supposed 1978 golden ball award, or a photo of Pelé holding the 1970 golden ball. Did the award really exist before 1982 or was just a "best soccer of the tournament" announcement that now we call golden ball ?

After searching a bit on net found a photo of Pele holding a Golden Ball in this link (http://www.dailymail.co.uk/sport/worldcup2014/article-2655035/World-Cup-Golden-Boot-Golden-Ball-The-history-awards.html) which also states the award has been given out since 1930 first being Jose Nasazzi (Uruguay).

Many other website does say the award being given prior to 1978 but I was unable to find any photos prior to this Pele one(1970). 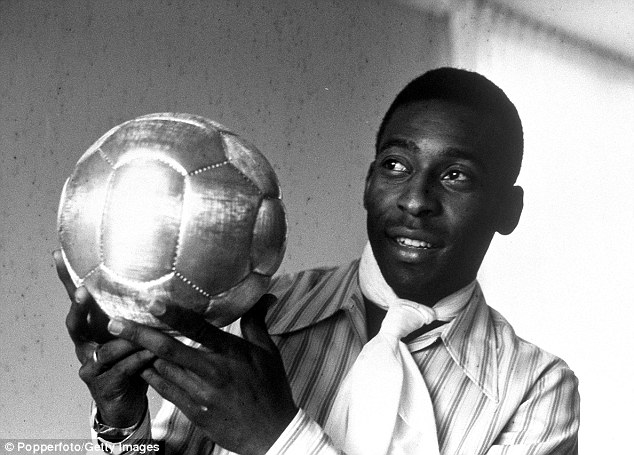 Not the answer you're looking for? Browse other questions tagged football awards or ask your own question.

13
Man of the Match award for two players
10
New soccer ball for 2014 World Cup
5
Man of the series award for two players
7
Why was the Cup Winner's Cup abandoned?
3
Is there a "player of the year" award for international basketball?
4
Why was Messi suspended for 4 games during 2018 world cup qualifications?
4
Lowest percentage of non penalty goals scored by World Cup golden boot winners
0
Did the winners of the "golden ball dream team" received a real physical golden ball award made of gold?
4
How was the 1954 FIFA World Cup quarter-final draw determined?