Why are two bronze medals awarded in judo at the Olympics?

As you can see in the below for judo competitions, the losers of both semi-finals both receive the medal. 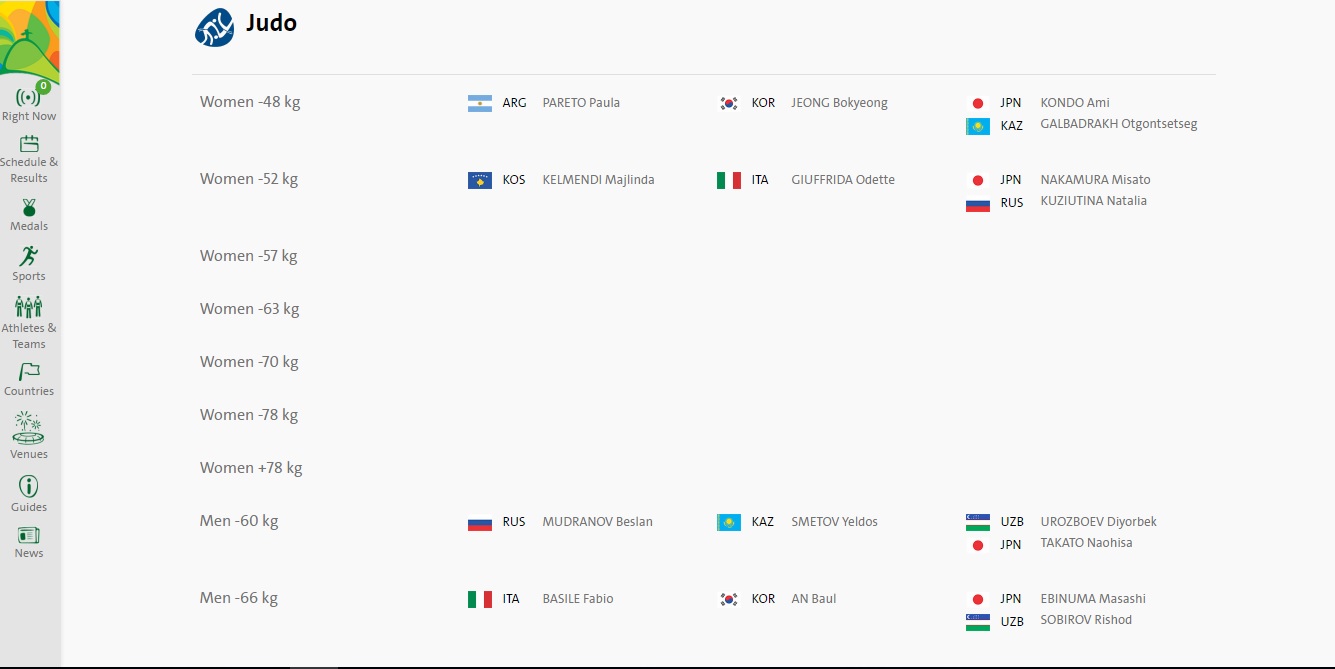 This is notably unusual for an Olympic competition. Why do both contestants get the same medal?

This is fairly common for sports with knockout rounds, as the required "3rd/4th place" playoff match always feel a bit pointless - see for example boxing or taekwondo (links to 2012 rather than 2016 just because the 2016 hasn't yet reached the medal rounds in those sports). For a non-Olympic example of the same, see Euro 2016 where again there is no 3rd/4th place playoff.

For combat sports, this is even more common; imagine a boxer who was knocked out in the semi-finals: encouraging them to stand up again to fight in a 3rd/4th place bout would be medically incredibly irresponsible. This is probably less of an issue in judo than the striking combat sports, but still a consideration.

It is not an easy question to answer, but let me try to simplify the answer. In order to understand why some sports give two bronze medals instead of one, you have to understand what 'repechage' is. According to the linked Wikipedia article:

Repechage (/rəpɛʃˈɑːʒ/; French: repêchage, "fishing out, rescuing") is a practice in series competitions that allows participants who failed to meet qualifying standards by a small margin to continue to the next round.

In karate, judo, taekwondo, and wrestling tournaments, single-elimination brackets are used to determine the two athletes who will compete in the final for first and second place. The repechage bracket is built from athletes who were knocked out by the finalists and building brackets to determine third place. Repechage addresses the possibility of two top competitors meeting in an early round, allowing the loser a chance to compete for a bronze medal. Repechage was formerly widely used in fencing tournaments, but the majority have now abandoned it, an exception being United States Fencing Association Division I tournaments. (emphasis mine)

It takes a very short time to determine a winner in those sports mentioned above and they are intense and require a lot of stamina. Even if you are ranked No. 3 in the world, if you meet a high-ranked opponent in a relatively early stage, you may not be able to get any medal. That's why there is repechage to give one more chance to those who were knocked out by the finalists at earlier tournaments.

One thing that is very important to note is the rules of a sport are governed by the sport's governing body. Those rules have nothing to do with the rules of the Olympics. That's why a few sports have the repechage system while a majority don't. All the rules in sports boil down to the same opportunity and fairness and if a governing body of a sport deems it fair and reasonable to give two bronze medals to those who deserve them, they can decide so.

9
The longest Olympic winning streak for a nation
7
Have two generations of one family ever won a medal at the same Olympics?
4
Athletes who have won Olympic medals under the olympic flag
3
Why is a bronze medal not awarded when two silvers are awarded in the Olympic Games?
4
What is the highest percentage of gold medals by nation for a speciality?
4
All European World Cup semifinal
3
Why do some events have two bronze medals?
6
Are World Records set in the Tokyo 2020 Olympics not considered Olympic records?
7
At the 1912 Olympics pole vault, why were bronze medals awarded when a gold and two silver were also awarded?