It is allowed in tennis play a ball externally from the net?

Is it possible to play a ball from a very lateral position to the near bottom corner so that the ball pass to the left to the net?

Are there any differences on the fact that the ball pass at a height greater or less than that of the net?

I believe you are referencing what is typically called "hitting around the net post." This is a completely legal1 (albeit rare) shot in tennis. There are no requirements on the height of the ball (except simply that it must land "in" on your opponent's side of the court without bouncing somewhere else first).

In singles, it is a very difficult shot to pull off for recreational tennis players, because most tennis courts are built with the net posts permanently in the doubles position (i.e. outside the alleys). In professional tennis, however, some courts are built with the possibility of placing the net posts within the alleys (i.e. in the singles position). This allows players to hit around the net more easily, and the results can be pretty spectacular (see this video for a few examples).

1According to page 11 of a recent copy of the official rules of tennis provided by the International Tennis Federation, a ball is a "good return" if (among other things):

... c. The ball is returned outside the net posts, either above or below the level of the top of the net, even though it touches the net posts, provided that it hits the ground in the correct court; except as provided in Rules 2 and 24 (d); or

d. The ball passes under the net cord between the singles stick and the adjacent net post without touching either net, net cord or net post and hits the ground in the correct court; or ...

(c) represents the typical scenario, which you have described in your question; I've included (d) because it is somewhat related and a very subtle point. I have never seen (d) occur in a professional tennis match, because the net is typically very tightly tied to the net posts (so there is no space for the ball to pass in between). At some tennis clubs though, the nets are not tightly tied to the net posts, so this can be a possibility.

An example of a club where the nets are not tightly tied to the net posts (where scenario (d) is possible) is Longwood Cricket Club, pictured below (here not much tension can be placed on the net posts, because the posts are planted in grass courts). 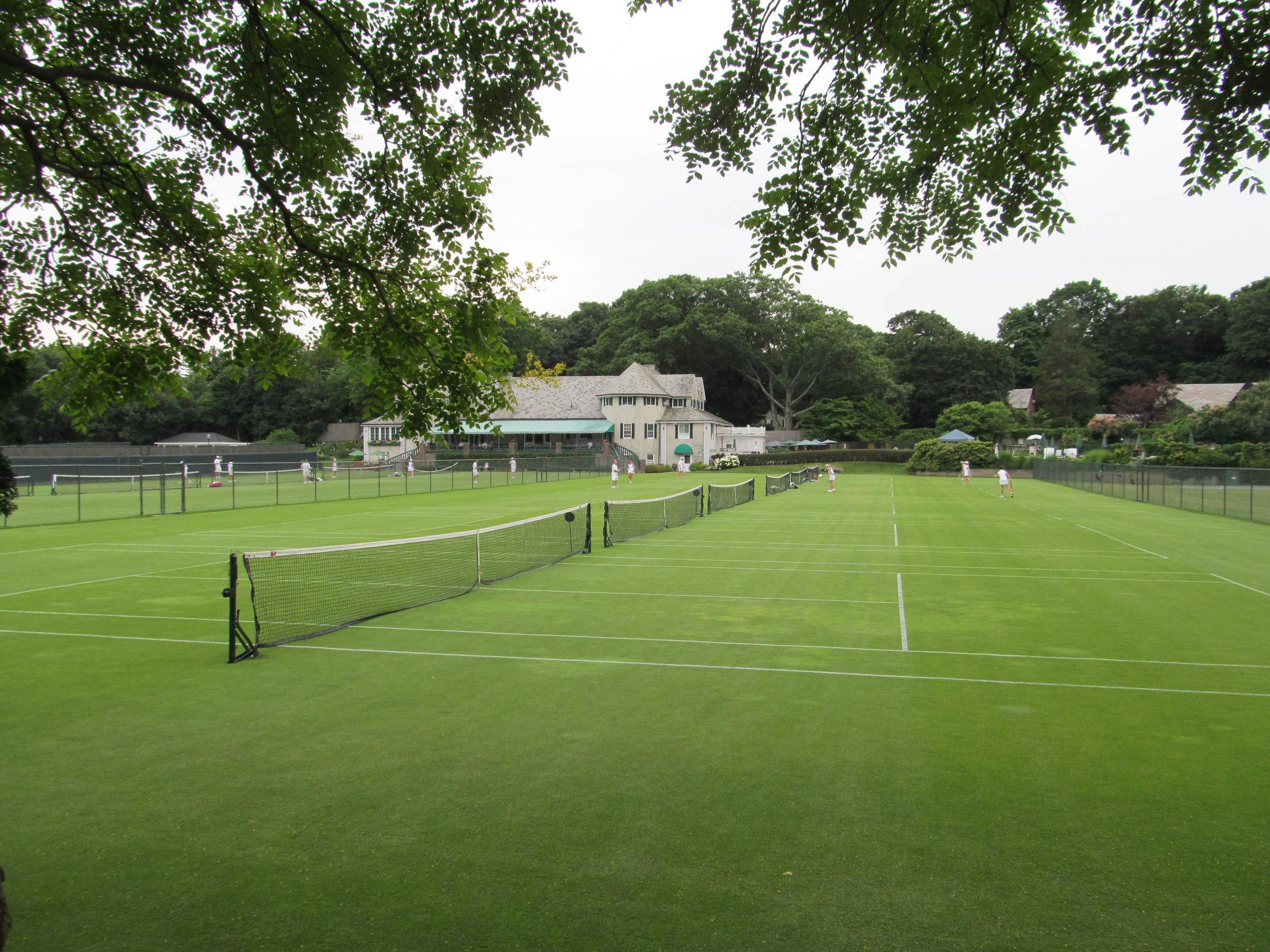 8
Number of bouncers per over
9
In Golf, can you choose to play down the 'wrong' fairway?
4
Contact of a player with the net
4
Device to analyse serving with topspin in tennis from the side?
3
Techniques to return aggressive tennis serves?
10
Could a player be in an offside position off the field of play?
1
Can a back row player joust at the net without jumping?
9
Can a tennis ball be in without touching the line?
1
Are you allowed to set the ball over the net sideways instead of forwards/backwards in indoor volleyball?