Which athletes were the first to break the color barriers in hockey?

Ice hockey, by nature of being a sport developed by British colonialists, has largely been made up of teams of people who can trace their ancestry to the British isles, the Nordic regions of Europe, or European Russians.

However, Canada and the United States have become increasingly diverse nations over the last 60 years or so.

Which players were among the first to break color barriers in ice hockey? I'm referring to the ice hockey equivalents of Jackie Robinson or Masanori Murakami, or Steve Bellán.

Here's a timeline of some of the notable milestones:

1948: Larry Kwong appears for the New York Rangers; he was the son of Chinese immigrants to Canada. 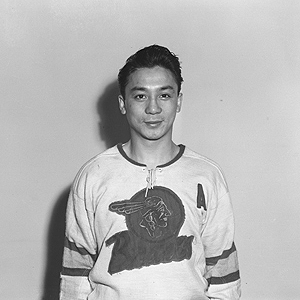 1958: Willie O'Ree, playing for the Boston Bruins, is the first black player to play in the NHL. He has been called the Jackie Robinson of the NHL. 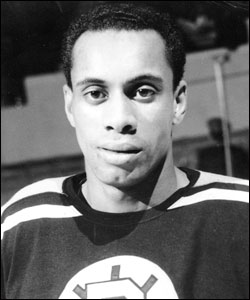 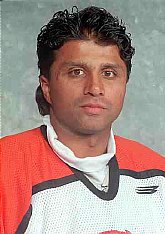 1989: Bill Guerin becomes the first Hispanic player in the NHL. One of the top scorers ever in the league, he will likely be elected to the Hall of Fame as soon as he is eligible. He won two Stanley Cups in his 18-year career, during which he played for eight different teams. 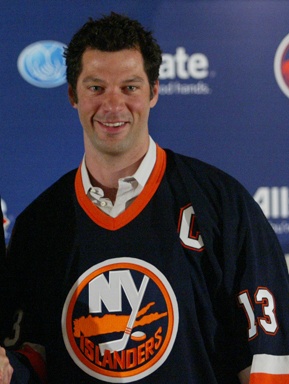 1990: Jim Paek is the first Korean player, playing for the Pittsburgh Penguins and eventually winning two Stanley Cups with them. 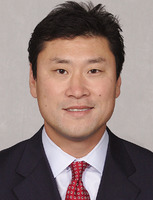 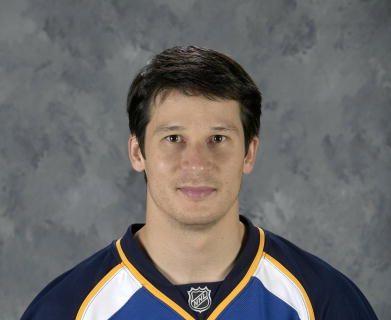 2003: Jordin Tootoo is the first Inuit player in the league. He is still playing for the Nashville Predators as of this writing. 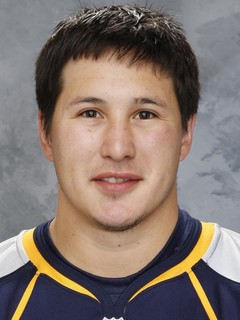 Willie O'Ree is the considered the first African American to play professionally in the NHL. He was a right winger on the Boston Bruins during the 1957-58 and 1960-61 seasons. He didn't see much playing time after the 1957-58 season due to an eye injury resulting in 95% blindness in his right eye. 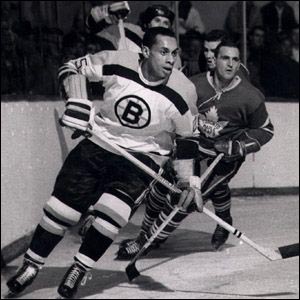 Not the answer you're looking for? Browse other questions tagged ice-hockey history or ask your own question.

5
What factors should I consider toward keeping sports cards in mint condition?

8
Why were artificial turfs introduced in field hockey?
16
Which Olympic sport was the first to have a women's counterpart?
14
Color of the sprint jersey in Tour de Suisse?
7
When playing ice hockey and giving a pass at the blue line, who should go first?
10
Which player was named the first star in most NHL matches?
9
In which part of ice hockey game most goals are scored?
4
Why are shootouts used in the World Junior Hockey Championships?
4
How is it decided in hockey which team wears white or colored jersey?
5
In NHL hockey games decided in regulation time, in which period are the most winning goals scored?