What is the role of the person escorting and recording the driver during the interview? [closed]

In the formula 1 after the race finish and they interviewing the driver, they are escorted by a person recording the interview.

What is that role position? And why they need it?

Are they afraid of what driver say? Or they need a copy of the interview in case the press put something different? 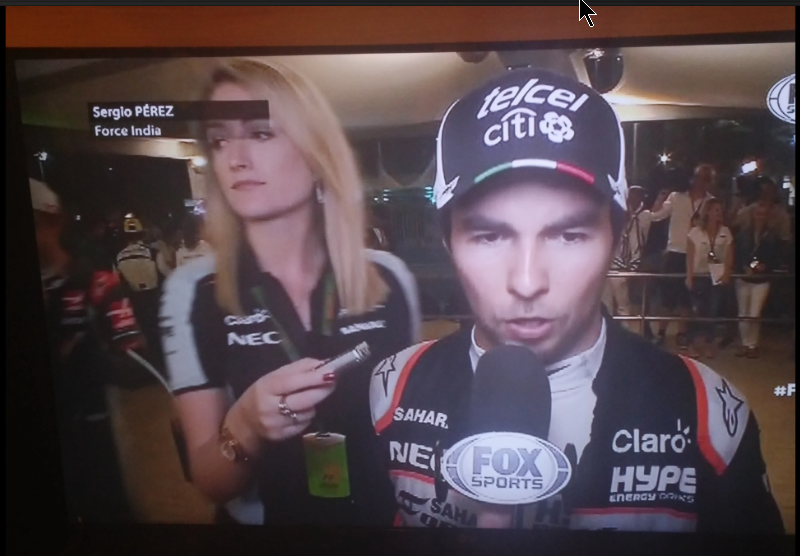 As @Ram chandra point it out. The person is a PR minder. So doesnt only record the interview, also help them to navigate between all the reporter and sponsors. And also act like an assistant so driver only have to worry about racing.

Ted Kravitz did a piece on this with Vettel's minder.

Their jobs are far more than just simply recording stuff the driver's say, they're basically like a personal assistant.

Drivers (top ones anyway) have a lot of obligations, especially with media and sponsors, if they're not out on the track racing, they're most likely doing an interview or making an appearance with sponsors. The PAs arrange their schedules, from daily activities down to the very minute (eg, 15 minutes spent doing signings before needing to go to A, B and C), they try to fit as many activities in as possible and their trips are planned down to the minutes.

Apart from that, the paperwork involved in getting an F1 driver around the world is insane, the coordination and scheduling is a huge task and one of the most important jobs these "minders" have.

As an example, to satisfy anti-doping laws the drivers must submit a schedule of where they'll be a year in advance so the WADA (world anti-doping agency) knows exactly where they are at any given time, this allows them to do random spot-checks with no warning. The penalty for them not finding you can be a ban/loss of super license. Example of how stringent the WADA are at doing spot checks You can imagine just doing that one specific time tabling task would be a huge headache.

Also they show one example of why is important record the interview:

They make their own recording of all the interviews, so that when some journalist misquotes a driver for a story, they can play their copy of the tape to prove what was actually said. Happened just a few weeks ago, someone reported that Hamilton said he "blew away" Nico ... every other "journalist" lazily copied and pasted this story without checking ... Mercedes issued their recording with Hamilton saying he "pulled away".

I've wondered the same thing but I think it might be in order to verify press later. That is to say, have a way of confirming or denying what a driver may have said during a post-race interview. It seems similar to what some politicians have used in past.

10
Driver with the longest time between F1 race starts
8
Which Formula One races did Scuderia Ferrari not take part in?
0
In F1 why does the checkered flag appear when the driver has not finished and is further down in position?
2
What matters the most when it comes to being successful in Formula One?
1
What is the difference between new and scrub tyres and what is the advantages?
2
What are the maximum points that an F1 driver can achieve in 2022?
1
Do lapped cars need to finish the remaining laps?