Is pulling shirts allowed in football? If not, why is it unpenalized?

In many matches, defenders can be seen pulling the shirts of opppnents during corner kicks and free kicks. But referees never called a foul or award a free kick or penalty to the opposition.

Is pulling the opponent's shirt allowed? Why would it go unpenalised if it is not allowed?

An example of such an event is below. 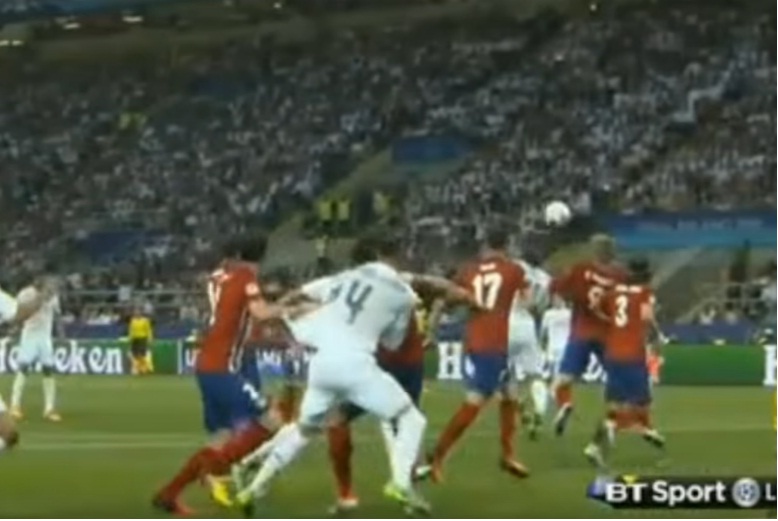 If the shirt pull has the effect of holding up an opponent, it is punishable by a direct free kick.

If the shirt pulling also breaks up or interferes with a promising attack, the player is cautioned for unsporting behaviour.

There are different circumstances when a player must be cautioned for unsporting behaviour including if a player:

If the shirt pulling denies an obvious goalscoring opportunity, the player is sent-off, no matter where the offence occurs.

A player, substitute or substituted player who commits any of the following offences is sent off:

Where a player commits an offence against an opponent within their own penalty area which denies an opponent an obvious goal-scoring opportunity and the referee awards a penalty kick, the offending player is cautioned unless:

In all the above circumstances the player is sent off.

In the photograph you've provided, any competent referee would consider that level of shirt pulling to be holding. It should have been punished with a penalty kick, since it occurred in the penalty area.

Like any other foul, even if shirt pulling does hold an opponent, if it's not seen by the referee or another member of the officiating team, it will go unpenalised.

Also, like any other foul, if stopping play for the free kick would harm the fouled team more than allowing play to continue, the referee will wait a few seconds to see if advantage can be played. If within that few seconds, the attacking team end up with a better opportunity than the free kick would have afforded, play continues. This does not preclude the referee from returning to warn or caution the offender when the ball is next out of play as shown here.

in which pulling the shirt is included.

As for why any given instance of shirt-pulling or other apparent foul is not penalised, there are many possible reasons:

14
Stars on football players' shirts
23
What actions are taken by FIFA/UEFA against what's known as filming or diving
16
Is hiding the ball allowed in football?
4
Shoes and shirts after football matches?
3
In football, what happens when a team commits an offence for which play need not be stopped, and then scores a goal immediately after?
4
Should Jorgensen have been sent off for his DOGSO foul in Croatia-Denmark (2018 FIFA World Cup)?
11
Can a goalkeeper chip the ball to the head of a teammate from a goal kick to circumvent the backpass restriction?
3
From how deep in the corner can a free kick be spotted?