Toulouse France team with average age of 23.91 was the youngest team on pitch for domestic league 2016-17. Some article claimed Germany had the most number of team with the lowest average age. But I'm interested in knowing,

What was the average age of top five European football leagues for domestic league 2016-2017?

From a ranking done by CIES Football Observatory manually calculating the result is as follows:

I will recalculate again to verify. But this result shows France Ligue 1 was the league with lowest average on the pitch among Top 5 leagues for 2016/17.

Picture of the table is obtained from CIES Football Observatory. 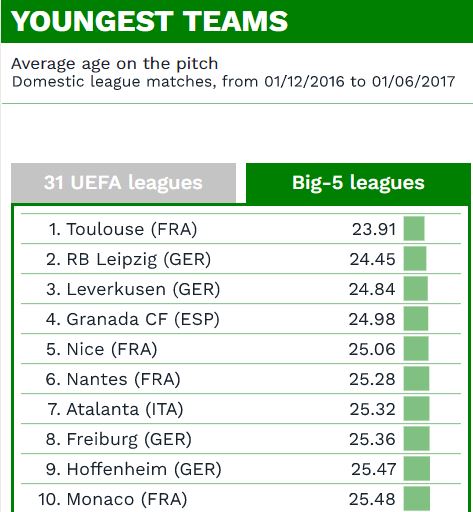 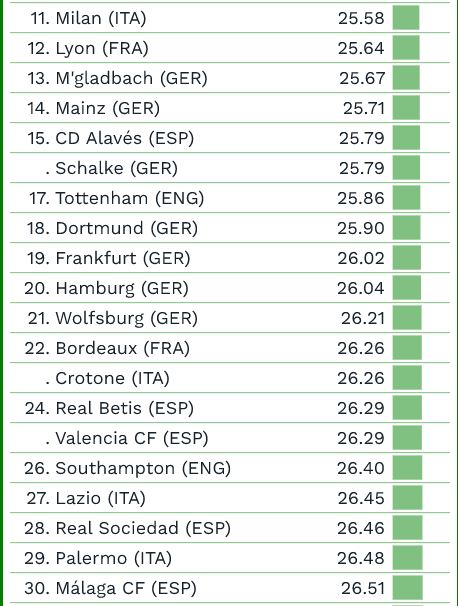 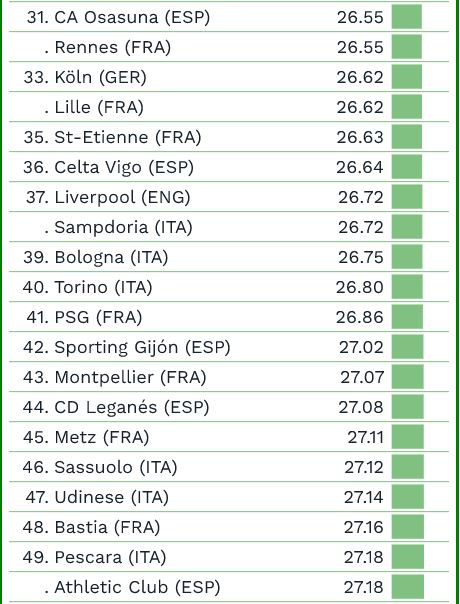 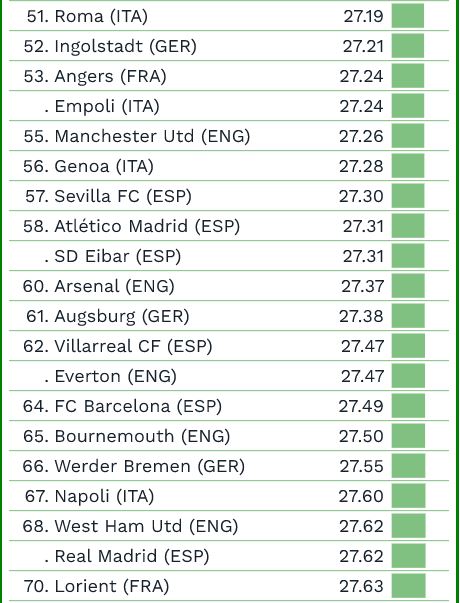 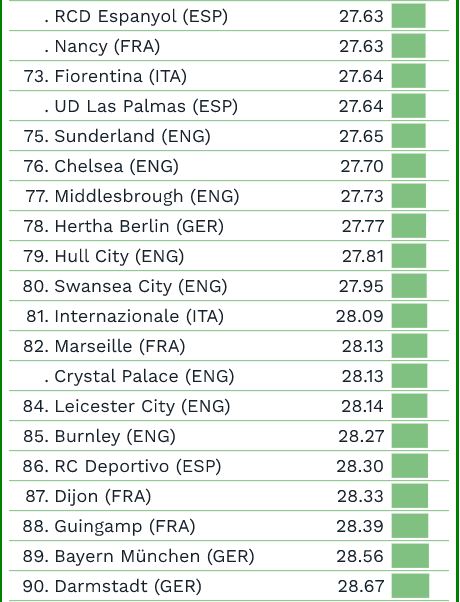 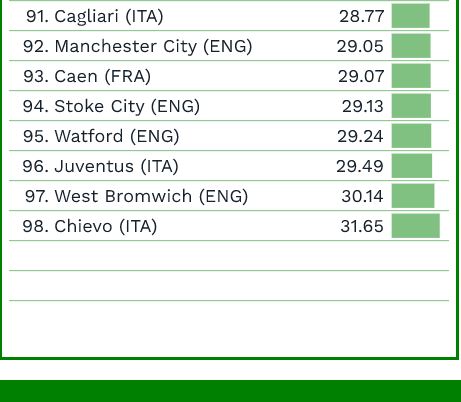 Not the answer you're looking for? Browse other questions tagged football trivia statistics or ask your own question.