What causes the countries on this shirt to seem out of alphabetical order?

I attended a few matches of the Copa América Centenario last year, hosted in the United States, and bought a t-shirt at an official FIFA merchandise stand at a match in Chicago. See pictured. 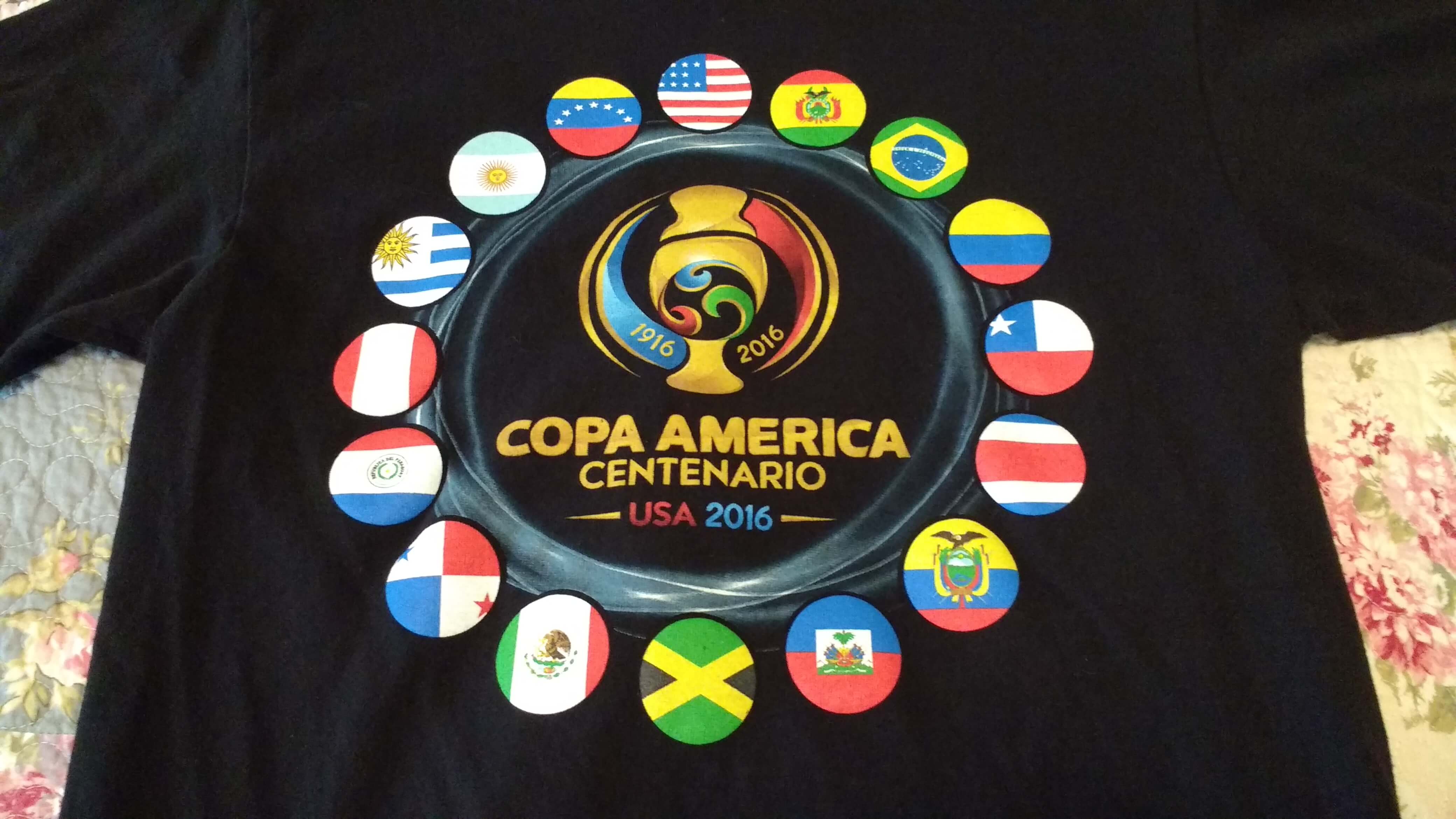 While it seems like all sixteen of the countries that participated in the tournament are listed in alphabetical order clockwise around the shirt, there are two teams that do not follow this pattern. I'm not going to count the United States, which appears at the top of the circle (the USA hosted the tournament and prominent spots on advertisements are often reserved for FIFA host countries).

Colombia and Chile are out of order and should be switched. I guess this could just be an oversight because both of the countries begin with C, but that would surprise me. Do either of these countries have a different name that would cause them to be in this order?

The other country that is out of order is Argentina. I'm really confused why Argentina appears in between Uruguay and Venezuela. Argentina's official name is the Argentine Republic (República Argentina in Spanish), but that shouldn't move it on the list.

Does Argentina have another English name that would place it between Uruguay and Venezuela alphabetically? Are the countries on the shirt ordered in a different language besides English? Was the quasi-alphabetical ordering simply a mistake?

The complete list of countries are, in clockwise order from the top:

As it is practically unlikely that we get the most genuine reason, the only thing left for us is to speculate. And by combining the network consensus I am posting a community wiki answer:

Not the answer you're looking for? Browse other questions tagged football trivia copa-america or ask your own question.

12
How does the referee communicate with players in football(soccer) matches, when they are from different countries?
4
In which countries do football club's second teams play in the main league system?
3
Is Graeme Souness the one who played and managed in 5 countries, winning European Cup as a player and Scottish Premier DIvision as a manager?
4
What if a player uses his shirt
5
In which year of the Campeonato Paulista the teams would dispute penalty shot-out before the game in order to win a point in the case of draw?
0
What are the biggest wins in the Champions League knock-out stages?
41
Can a football team force its defeat, e.g. via own goals?
11
Can a goalkeeper chip the ball to the head of a teammate from a goal kick to circumvent the backpass restriction?
1
Which countries have won the fewest medals at the Olympics?