How to block when the ball is over the net? 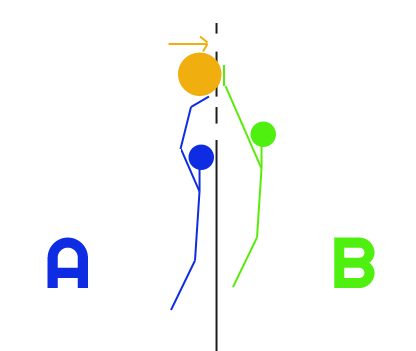 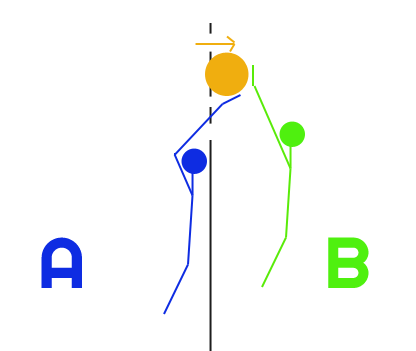 The most important rule here is Rule 9, "Playing the ball":

Each team must play within its own playing area and space

In your second diagram, A is playing the ball outside their own playing area, so will commit a fault if they actually touch the ball (or player B). Quoting Rule 11.4.1, which lists the faults a player may commit at the net:

A player touches the ball or an opponent in the opponent's space before or during the opponent’s attack hit.

Not the answer you're looking for? Browse other questions tagged rules volleyball or ask your own question.