In the Benfica vs Man Utd match, why did the referee point to his watch after the goal?

In the Champions League match between Benfica and Manchester United that happened on Oct 18, 2017, Rashford took a freekick, the Benfica goalkeeper misjudged the angle and trajectory of the freekick and carried the ball inside the goal. The referee was standing very far away, but even then he knew the ball had crossed and I think he said so by pointing to his watch. Why did he do that? Does the ball have some sort of GPS tracker that relays to the watch? Can someone explain this?

This is an automated system which detects the moment the ball has crossed the goal-line under the crossbar. It sends a signal to the referee via a wrist-mounted alarm unit to show a goal has been scored. This reduces the reliance on precise visual judgements from bad angles.

The referee indicated that the GLT unit had already signalled a goal.

The watch is the part of Goal Line Technology system,

Under IFAB LAW 1 - THE FIELD OF PLAY,

While the technology employed is Hawk-Eye based provided by Hawk-Eye Innovations Limited, to know how it works watch this video. 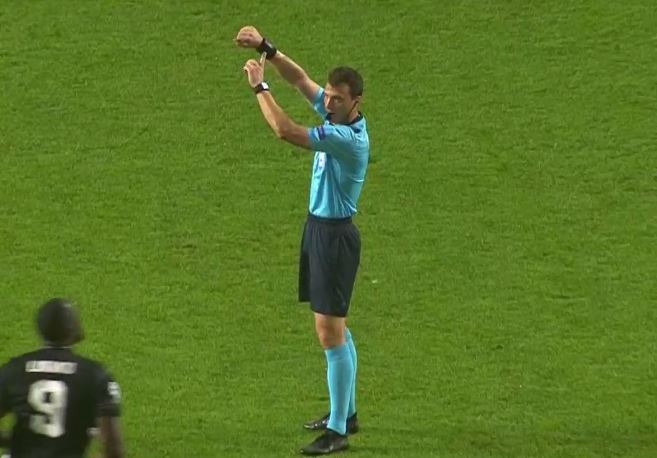 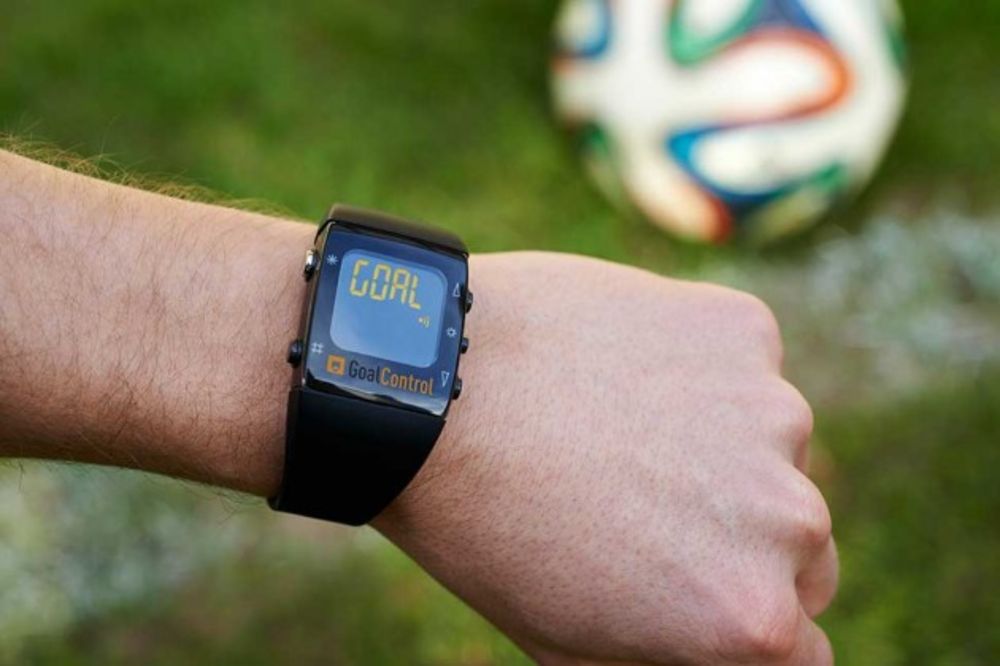 Not the answer you're looking for? Browse other questions tagged football officiating uefa champions-league technology or ask your own question.

6
What medal did the referee in the FIFA world cup get?
10
Where does the assistant referee watch to realize when a soccer player is offside?
3
What are the powers of referee in a football match?
6
Can a referee end the game between a shot being taken and the ball entering the goal?
10
Why is a penalty not given if a goal comes right after the foul?
3
Did Maradona ever score a goal with his right foot?
4
How is the fastest man of the match calculated?
2
Can the referee cancel the goal in such case?
1
Can the referee in a football match request a video review?