Two dismissals off a single ball 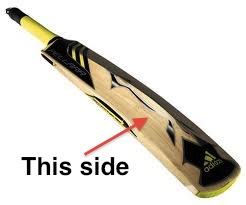 Is it possible to dismiss both the batsmen in ground(ie,by a catch and a run out)?

Is "Hit the ball twice" out?

According to the Laws of Cricket (Law 34 - as stated below), if done intentionally, then yes, it is out.

However, as with any potential dismissal, the batsman can still continue his/her innings in the following cases:

Is it considered a dismissal if the ball hits the other side of the bat?

1) Definitely not - in addition you cannot run out both batsmen - once one is run out, or a batsman is out by any means, the ball is dead and no further wickets can take place on that ball (neither can runs be scored).

3) Nope, accidents happen - eg trying to sweep the ball and having it hit the back. Inevitably this is not optimal - due to the shape on the back it often skies giving the opposing team a catch. Perhaps if bat designs change and it becomes useful to do this, then it may change, but as of now, you can hit the ball with any side of the bat.

Now that I work in the cricket arena, I can say it's possible, especially in last man standing types of formats. Also you can be timed out/absent if you don't enter the field within the requisite amount of time, so then two batsmen would certainly be out on the same ball.

There are a couple of ways a batting team can lose a wicket during a dead-ball situation (as is the case immediately after losing a wicket), for example a batsman may retire out. The batsman in question generally cannot return to the field (though a batsman could retire and then return with the permission of the opposing captain) and thus the batting team would be down to 10 men. If this occurs between one wicket and the next ball, they've effectively lost two wickets on one ball. The second way I can think of is that any batsman who is timed out (fails to appear on the pitch in a timely manner)—unless they are in the opening pair—is of course following on from another loss of wicket before the next ball has been bowled. Therefore the team has again lost two wickets with only one ball being bowled. Neither of these, though, are cases of the fielding team taking two wickets from one ball.

Not the answer you're looking for? Browse other questions tagged rules cricket wicket or ask your own question.

6
Is it necessary to appeal for lbw in cricket?
7
Run Out without bails
7
Can DRS be used to challenge which batsman was run out?
1
Stumping from long on?
3
If ball hits the arm protector that is touching the glove holding bat, is it out?
2
Caught behind by wicket Keeper - Who takes strike?
6
Who is out if both batsmen end up at the same end and the fielders hit the stumps at that end?
1
Is it a reception if a receiver hops twice on one foot?
1
ball hitting the glove of batsman but glove is not in contact with the bat. is it out?
1
Striker's bails off during delivery