Is it a fault: penetrate under the net when the feet are completely in opponent's space, but not on the court?

It is easier to watch this video (vk.com, Russian social network) than explain

Rules allow this, in these sections:

But also Rules has this fault-section, verbatim (but with my emphasis):

11.4.3 A player’s foot (feet) penetrates completely into the opponent's court.

I've found this document: Referee Casebook 2017 (it is not listed on the site, but Google is our friend here). And do you know what? The action, described in this question is considered faulty there (see case 3.14); inexplicable but it's the fact

I heard that the rules changed a little bit, and now such behavior is not considered as a fault anymore. Though, I can't find any proofs... 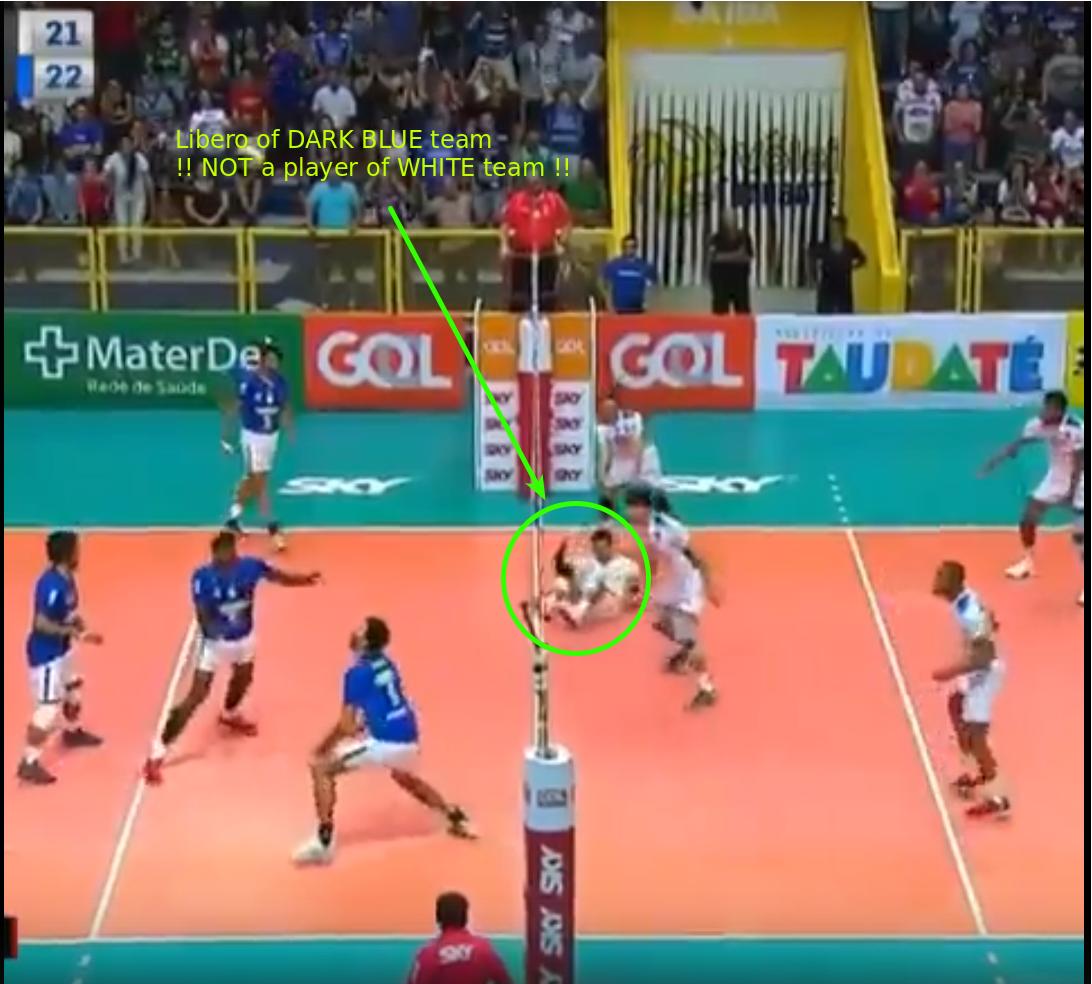 The libero's feet do not touch the opponent's court as he is playing the ball, and he is careful to move his feet back over the centre line when retreating to his own side. Hence, there is no violation of 11.2.2.2 in this instance.

However, if I were refereeing this, I would probably have said that the libero was interfering with the white team's play, violating 11.2.1:

According to the very same case 3.14 stated in the casebook 2018, it is not a fault. Apparently, the FIVB has corrected the decision if it was different in 2017.

Not the answer you're looking for? Browse other questions tagged rules officiating volleyball or ask your own question.

3
What counts as a foot fault when serving and when attacking from the back court?
4
Contact of a player with the net
11
When can you lift your pivot foot and go for a shot?
8
In a video challenge in volleyball, does the challenging team have to specify the challenged fault?
1
Volleyball - Is this reaching over the net?
6
Can a player who is out of bounds help a teammate stay in-bounds?
6
Hand setting a hard driven ball (beach volleyball)
3
What does the ITF rulebook consider to be "the service motion"?
3
Touching ball scenario in 8-ball
3
In badminton, how do invasion and obstruct interact chronologically?