Can anybody identify these ‘90s to mid-2000’s White Sox players autographs? [closed]

Got these autographs sometime in the era from 1993-2005 from the White Soxfest. It could be minor leaguers for the Sox during that era if not some of their lesser known major leaguers. 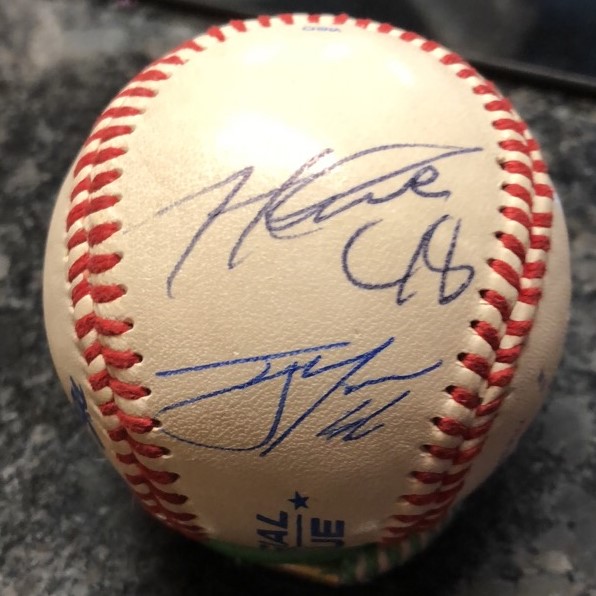 Not sure on the second one. Is that supposed to be a 46? #46 was worn by the following, but it isn't any of them. Can we get a better photo of the second signature straight-on, especially to see if that number could be anything else?

Not the answer you're looking for? Browse other questions tagged baseball mlb autograph-identification or ask your own question.

1
How do minor league deals work?
2
Who would hear a protest in an Inter-league game?
3
Before the season began, what odds did Vegas give the Orioles of winning the AL East in 2014?
5
1959 White Sox World Series roster
2
Can a (baseball) ace's record be improved by his “pitching out of sequence.”
4
What were the major transformations in pitching strategy in MLB history?