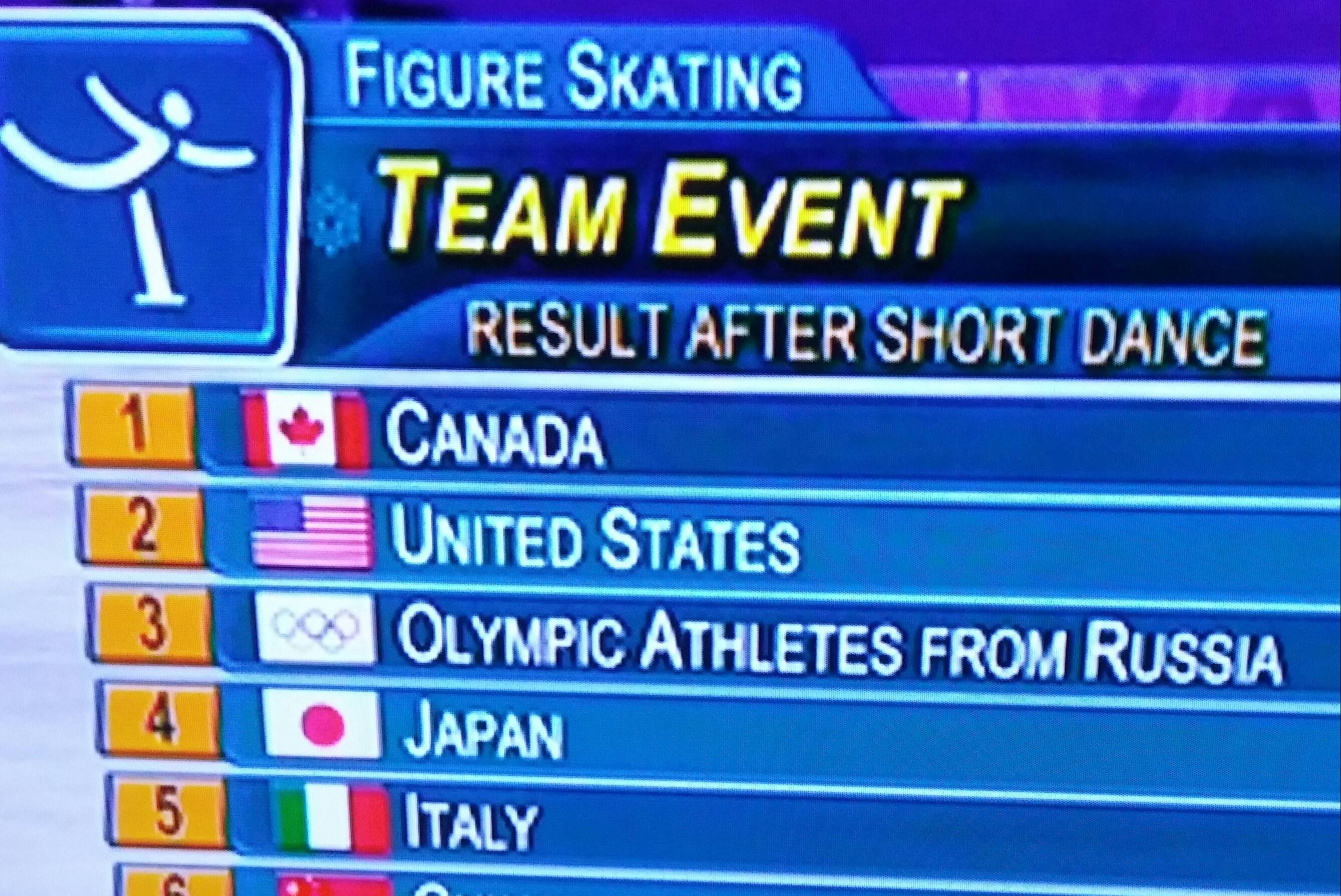 The Russian Olympic Committee was suspended from the 2018 Pyeongchang Winter Olympic Games as a result of state-sponsored doping and testing fraud in the 2014 Sochi Winter Olympic Games. They are disallowed from any national presence at the Games. 42 Russian athletes were banned and had medals stripped as a result.

Athletes from Russia were permitted to apply and compete individually (respectively, as individual teams in sports such as curling or bobsled) apart from

along with those who did not otherwise qualify or meet the conditions required.

After passing all tests and meeting conditions, 169 athletes were permitted to compete as Olympic Athletes from Russia (OAR). As with previous cases, they compete as independent athletes wearing a neutral uniform under the Olympic flag with the Olympic anthem.

@Nij's answer explains the background for why and how this happened, but I just want to give a very simple explanation for the immediate question:

They are "Olympic Athletes" who are "from Russia", but not part of the Russian team. (Because there is no Russian team, as explained in @Nij's answer.)

1
Why may Russians compete in world championships?

4
Why does NBC host Olympic coverage in the USA?
4
Athletes who have won Olympic medals under the olympic flag
57
Why are professional athletes allowed to compete in the Olympic games?
0
When are "mixed teams" allowed in Olympics?
4
Athletes under the Olympics flag competing in team sports
3
How is the scoring determined in Winter Olympic Sports?
6
Are World Records set in the Tokyo 2020 Olympics not considered Olympic records?
2
Where are all the post-event olympic interviews?