Leroy Sané goal vs Liverpool rebounded off Milner so was offside the correct decision?

Was the offside decision in Manchester City vs. Liverpool in the 2nd leg of the Champions League 2017/18 quarterfinals correct? Here's the video footage of the episode.

No, offside was the wrong decision.

After this touch from De Bruyne no one else except Sané ever touched the ball from City side, so technically there couldn't be any other offside offences in which Sané could have been involved.

You're talking about this goal?

It was a legal goal, but pretty hard to see for the referee.

The first rule... was he even in an offside position? Yes, definitely. 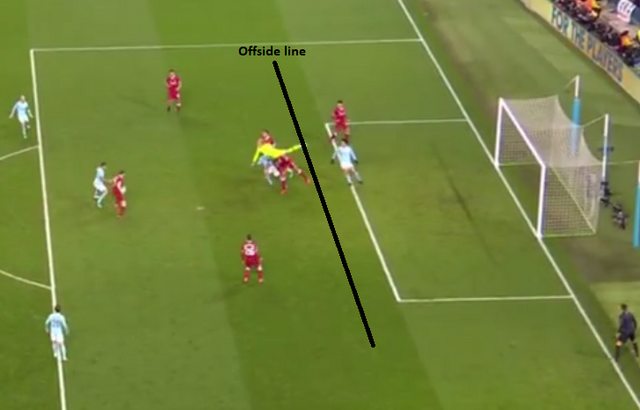 Secondly, does the rebound count?

The other question is: Was the rebound an action where offside actually counts? The Laws are pretty clear in this case:

A player in an offside position at the moment the ball is played or touched by a team-mate is only penalised on becoming involved in active play by:

I had to watch the replay a couple of times to check who actually gave Sané the ball, so it was probably hard to see for the match officials (the ref stood behind then and both moved towards the ball after the keeper saved it). Since the ball bounced off a defender and was never touched by a team mate there was no illegal offside position.

6
Was Zinedine Zidane ever caught offside?
2
Was this offside decision from a corner correct?
6
Was Cristiano Ronaldo's 100th Champions League goal offside or not?
2
Was Hooper offside for Australia's first disallowed try?
8
If Liverpool FC win the Champions League does that mean Coutinho wins it as well or if FC Barcelona win Champions league will Coutinho win it as well?
0
What are the biggest wins in the Champions League knock-out stages?
2
How does the VAR decide which camera to use?
5
Highest point for second placed team in Premier League
5
If an English qualified team is banned from the champions league, who takes over the vacant spot?
1
Confusion on offside rule