How to identify the teams playing a particular football match?

This might seem like a silly question to a football enthusiastic but how can I tell which team is which in a particular match? I don't know any players, and the jerseys also don't have country names on them. If I don't have access to commentary, it becomes difficult.

Is there any easy way to identify the teams playing a match?

Sometimes tournament organizers show the team colors near the scoresheet. E.g, during Champions League games this information is shown in the upper left corner of the screen, but it can also depend on the broadcaster.

Here e.g. the corresponding indicator in the upper left corner shows that Real Madrid players wear white, while Liverpool players are playing in red. The photo is from 2018 Champions League final game. 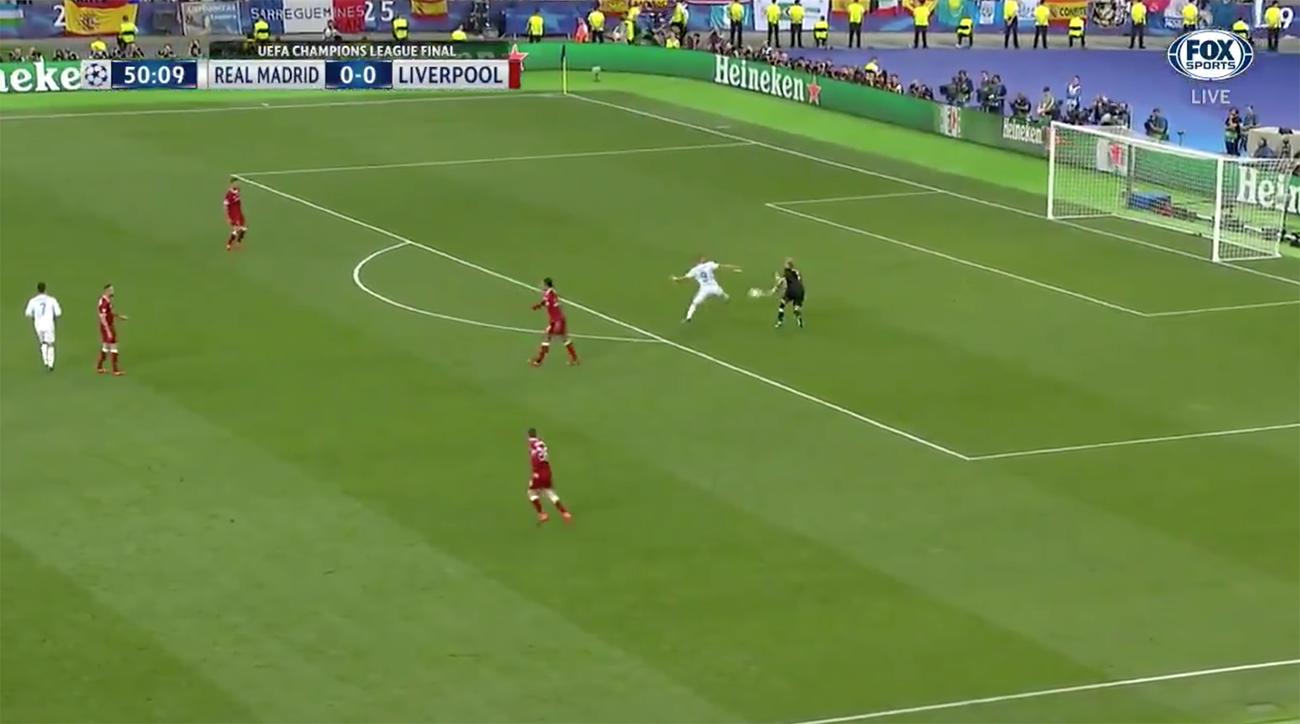 But I guess your question comes from the context of the 2018 FIFA World Cup, in which tournament organizers decided to show the flags of the corresponding national teams instead of the team colors.* Which also makes sense, as national team jersey colors usually represent the colors of their national flag.

Here, e.g. it's pretty much obvious that Saudi players wear green (symbolizing their national flag), while Russians are in red-white kits (representing 2 of the 3 colors of their flag).

But this is not always the case as sometimes teams need to use their secondary kits when facing an opponent with a similar kit (e.g. Portugal and Morocco). Then you should probably listen to the commentary, as commentators announce the team colors several times during a game. 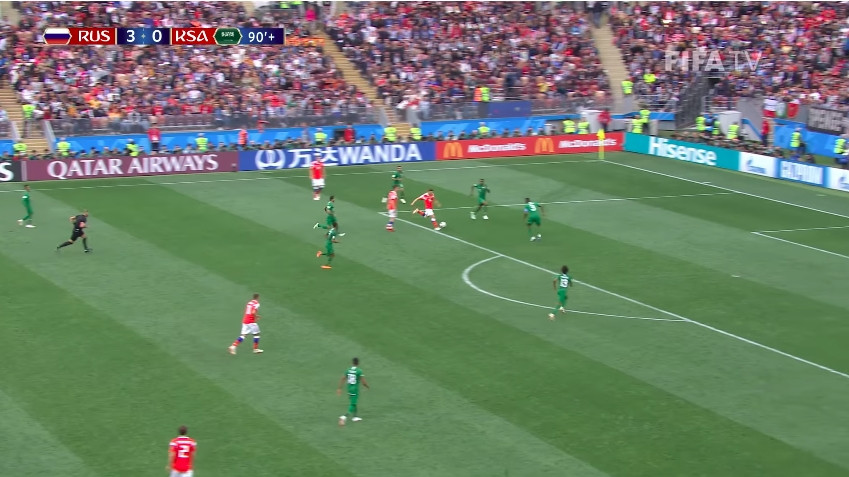 In club competitions there are no flags, so the above method doesn't work. In this case if you know which teams are playing but don't know the team colors and the colors are not depicted on the scoresheet, then keep an eye and ear on fans' reactions of what's happening on the field. If they are cheering when team A controls the ball and booing when team B does it, then the team whose name is on the left hand side of the scoresheet is team A, because home teams are always on the left hand side of the scoresheet and away teams on the right.

*Note: apparently the main broadcasting graphic was showing the team colors as well.

You tell them appart by their uniform, as you dont know them you could find them online, for example here are the Fifa pages for the two teams playing today. That way you can identify them better when they play.

Even if you don't know any particular player, you can usually guess which team is which by reading the names of players on their jerseys.

For instance, if you were watching Colombia vs Poland, you could have seen names like "Błaszczykowski" and "Lewandowski" on the jerseys of one team, while you would have seen "Falcao" or "Cuadrado" on the other, and you can thus deduce which team is which from that.

Obviously this requires that you have some idea of what the languages of those countries look like.

Usually the boxscore graphic indicates the colours the teams are wearing.

Not the answer you're looking for? Browse other questions tagged football media spectators or ask your own question.

7
How are football players objectively rated?
7
Difference between stances in training acceleration for soccer
12
Do teams announce their exact formations before a match?
2
When do football (soccer) fans have time to purchase refreshements and relieve themselves?
2
Why data-driven approach to soccer is slow to catch on?
11
Is "What happens on the pitch stays on the pitch" appropriate sporting behavior?
4
Meaning of '4:1 (3:0)' as score in football (World Cup match)
0
In what circumstances, the referees would make the ball stop and drop the ball to restart?