A player has to win six games, and at least two more than the foe, to claim a tennis match. Players switch sides after every odd game, as in the first, third and fifth games, and so on. Players also switch sides at the end of a set if they're playing an odd number of games.

But what if a player wins 6-1 or 6-3? You win the set, then change sides. Now, you play a new set, do you change again at 1-0 (therefore after having played just one game), or wait until the 1-1 or 2-0, therefore now changing after an even number of games in the second set? 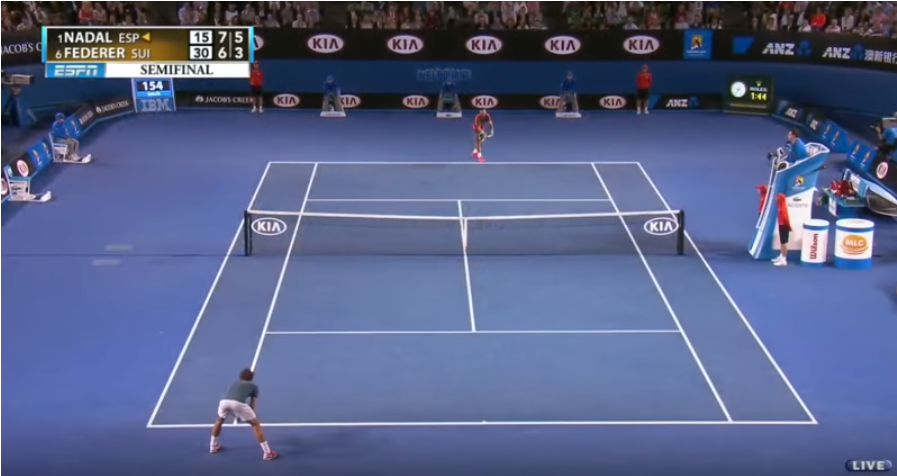 He won the set, and they switched sides for the start of the first game. He is now on the bottom. 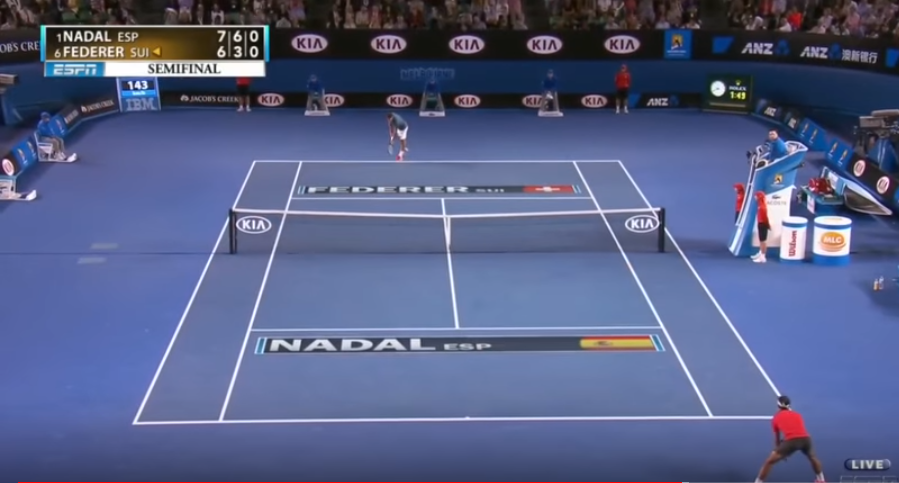 After the first game, being an odd-numbered game, they switch again and Nadal is back on the top of the screen. 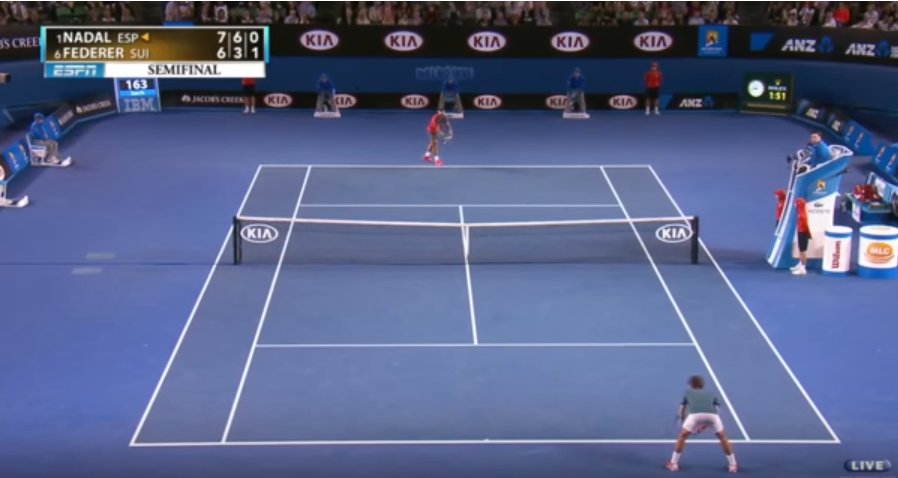 No switching to even-numbered games needed!

-1
When do you switch ends of the court in tennis?

7
Do players lose a point in a game on purpose as part of strategy?
12
Why does the US Open have a tiebreaker for the fifth set?
5
Is it worth fighting to hold serve in a losing set?
5
Do tennis players go off court for a break before the next set after an even number of games?
4
How does the serving and swapping side cycle work after the first set?
9
Is it possible for a tennis match to last forever?
4
Is Djokovic - Federer 2019 the first Wimbledon match to have a tiebreak in the final set?
6
Does calling 30-30 "deuce" in tennis affect the game scoring?
5
Why do racket-sport games end with an odd number of points?
8
What do the tennis-ball ‘countdowns’ on scoreboards mean?