Why do coaches reveal the actual formation of their squad in association football?

Commonly, before a broadcast football game you will see the positions of each team's players on the field. Now since this can't be enforced as a rule, wouldn't it be strategically benificial that coaches lie about who's playing where ? Although the names of the players composing the squad are verifiable, their actual positions aren't. Does this ever happen ?

It'a actually as simple as the broadcasters making an educated guess based on previous matches. If a team is playing the same four defenders as the previous match, the broadcaster assumes the team is still playing a back four with players in the same positions. Uefa do this as well with their teamsheets.

There are often occasions where play starts and the commentators point out x team are actually playing a back five, for example, if this formation was unexpected beforehand.

Actually the coaches usually don't talk to the press about their formation at all. So there's no need to lie.

At least in the DFL and DFB rules there is a clear procedure, because it's done online (for almost any official competition in Germany, including the Bundesliga): 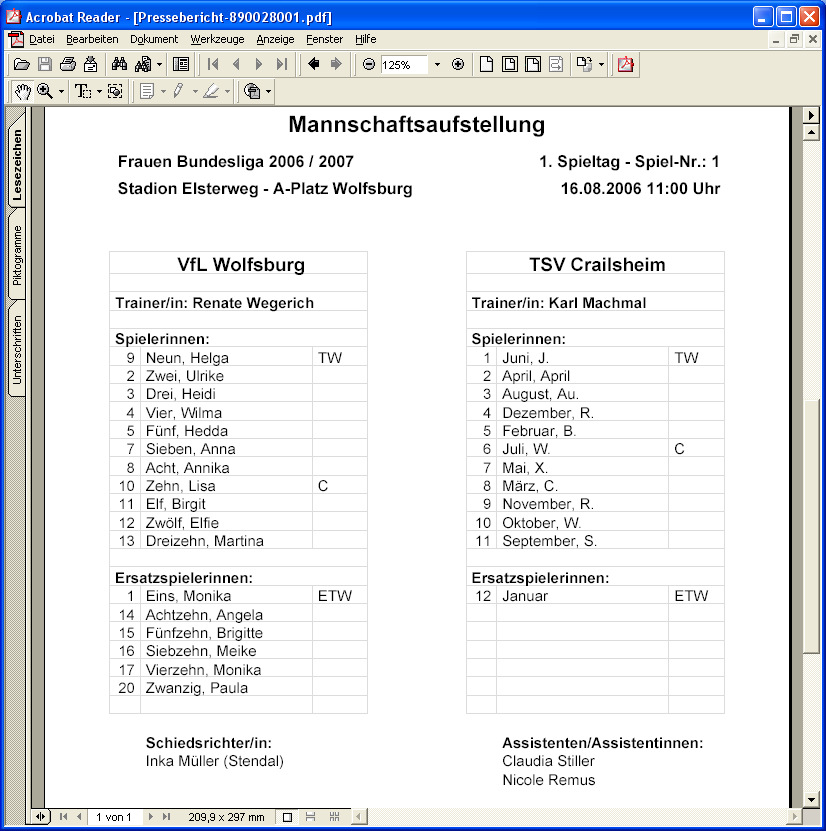 So since there is no official report about the exact formation we can safely assume that the formation on the screen is a good guess based on past games and the position players usually play. Sometimes the coach talks about the formation (something like "We'll play 4-3-3." without mentioning names) in the press conference before a game, but usually they don't.

Not the answer you're looking for? Browse other questions tagged football strategy or ask your own question.

4
Why do players tend to pass the ball when taking corner kicks in soccer (football)
19
Why did the Netherlands put in their backup keeper for the PKs?
3
How can I recognize what formation a soccer/association football team is in?
3
Do NFL or college football coaches make up plays during the game?
5
Why do football teams announce their formation before the game starts?
3
What is the original inspiration for the use of the blue card in the “Clericus Cup” football association?
14
Why do footballers (and coaches) cover their mouth when speaking to each other?
2
Why was the 1-1-8 formation popular in 19th Century football?
9
Why do German football clubs have a number in their name?
0
Why would a football punter turn and run the ball into his own end zone?