Can I wear a hat while training or playing a soccer match?

Can I wear a woolly hat in a soccer training session, and can I wear one in a match?

In a training session you can wear anything you want as long as your coach allows it (and why wouldn't they?). Many players wear beanies and other woolly hats or headbands in cold days.

In official matches the Laws of the Game allow certain headgear, but they're not very specific. They're probably o.k., but I've never really seen someone wearing one in official games (sometimes in a friendly I've seen one or two, though)

Where head covers (excluding goalkeepers’ caps) are worn, they must:

5-a-side picked up this topic as well and posted a nice image about it: 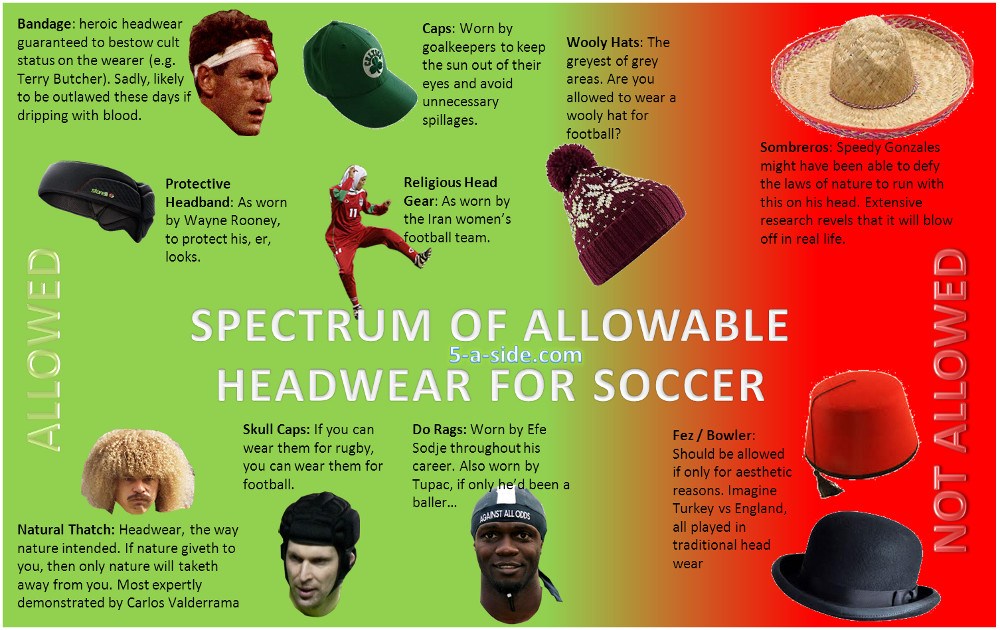 11
How does the match time work in soccer?
5
Hat-trick rules for different match/innings
7
Is it allowed to wear inner gloves while batting in cricket?
8
Why do some soccer players wear small shin guards?
10
Awarding the match ball to the hat-trick scorer
10
Football - Who gets the match ball, if 2 or more players score hat-tricks in a game?
1
What color shoes can USSF referee's wear?
2
Player with debut match perfect Hat-trick?
19
What is the sports bra looking thing soccer players wear?