The Premier League table right now looks like the following. 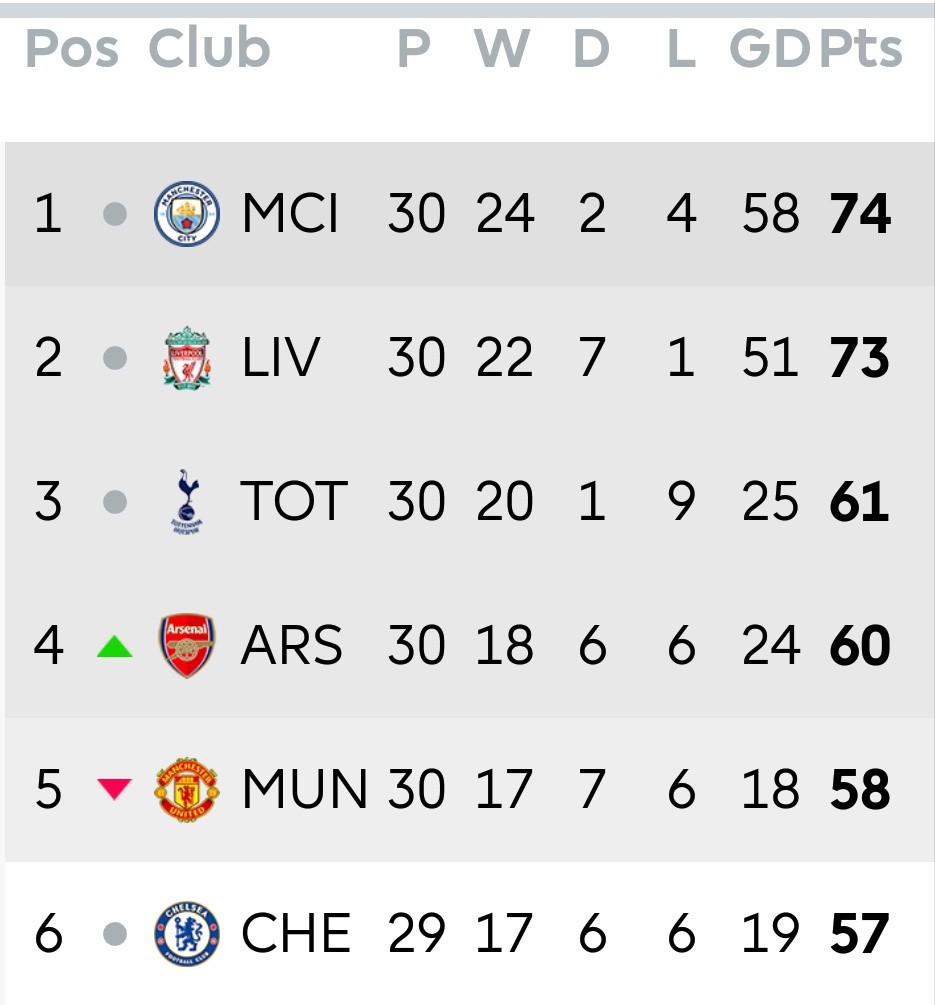 As far as I understand, you're right, in this case, Tottenham will be transferred to the Europa League. This situation is specifically covered in 2018/19 UEFA Champions League regulations:

Not the answer you're looking for? Browse other questions tagged football english-premier-league champions-league or ask your own question.

6
How many Premier League teams will play in the 17-18 Champions League?

7
Who decides how are UEFA competitions spots divided within teams in some country?
1
Distance covered in Premier League
8
Can two teams from the same league be drawn in the same champions league group?
5
Previous sponsors of Premier League
6
How many Premier League teams will play in the 17-18 Champions League?
7
Will the club finishing 4th in the EPL go to any European competition if clubs from 5 to 8 win corresponding titles granting European qualification?
1
Round of 16 champions league
4
If Arsenal wins the 2019 UEFA Europa League final, which teams will represent England in the Champions League next year?
5
For an average Champions League team, is it financially more worth it to go through to knockout stages or drop down in to Europa League?
2
What will champions league authority do if the champions don't qualify for the next season's tournament?