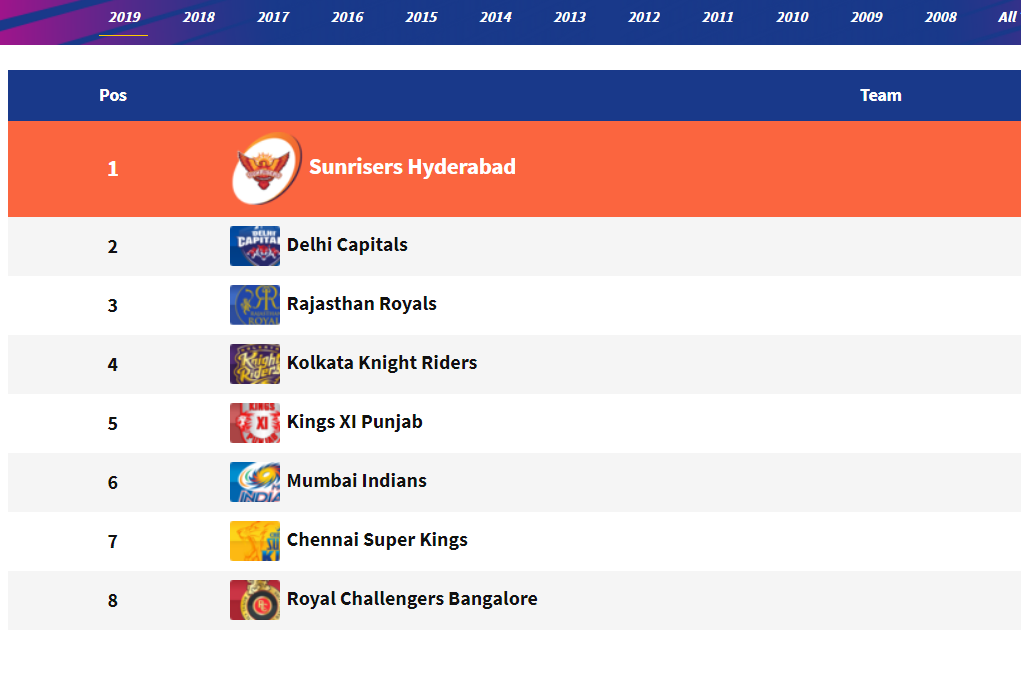 No, this is obviously not the case.

Of the 58 final points table positions after pool play in the IPL seasons 2012-2018, only twelve (12) matched the fair play rank for that team, and only three of these were the award winners.

If the distance between fair play rank and final points table position is checked instead, the mean absolute difference is 2.48 ranks with an approximately Poisson distribution (a vast majority of ranks are not the same as positions, with many being very different). The actual differences have approximately a normal distribution with a standard deviation of 2.02 (which, given the range of ~7.3, again suggests that fair play ranks are almost perfectly random and separated from table positions).

This should also make perfect sense, since most teams will most often receive most of the fair play points they are eligible for, barring unlikely and extreme events, and teams may show high sportsmanship despite losing or conversely demonstrate poor spirit despite playing very well.

Not the answer you're looking for? Browse other questions tagged cricket indian-premier-league or ask your own question.

4
What is Fair Play Award?
4
What is MVP award in IPL?
9
Rain fall a full day in big matches
5
Declaring Man of The Match and Man of the Series/Tournament Award
1
How can a team win while rain stopped play permanently in 2nd innings?
8
In 2016 IPL T20 cricket matches, are the commentators in the stadium or watching a broadcast in a studio?
4
What is the concept of Test cricket? How and when is it decided that a team has won or there is a draw?
3
Is it confirmed that Mitchell Starc and Chris Lynn will not play In IPL 2018?
0
Why are Indian news TV channels not showing coverage of cricket matches?