While I can't find any sources that clearly specify why the line was set at that level, one can speculate on a few good reasons for the distance being what it is based on deduction.

However, the line is drawn to allow 3 feet minimum along the sidelines to provide some space to shoot a 3-pointer from all legal angles. This means the distance is only 22 feet from the corners where the line is parallel to the sideline. For these reasons, it is likely that a 25 foot line would create a major advantage to shooting a three from the sideline areas in that it is 3 feet closer to the basket. As it is, there is still something to be said about the 1 foot 9 inch difference, but looking at an image of the current NBA court may help demonstrate another point of potential issue. Pushing the line back further would create additional space inside the 3-point line which would cause the defense to spread even further to defend outside shooters. The NBA attempted to increase scoring for 3 years starting in the 1994-1995 season by reducing the distance to a uniform 22 feet around the basket, with the change ultimately reverted in the 1997-1998 season. One could then infer that any longer distance would reduce scoring -- something that the NBA clearly doesn't want.

An additional point to be made is the comparison between the college and pro levels in the US. At the college level, the distance was initially set at 19 feet 9 inches during the 1987-1988 season -- a full 4 feet closer. It was later lengthened to 20 feet 9 inches in 2007. As the collegiate level is an amateur league, it makes sense that the court is shaped with that in mind. Using a shorter line enforces the relationship between amateur and professional. 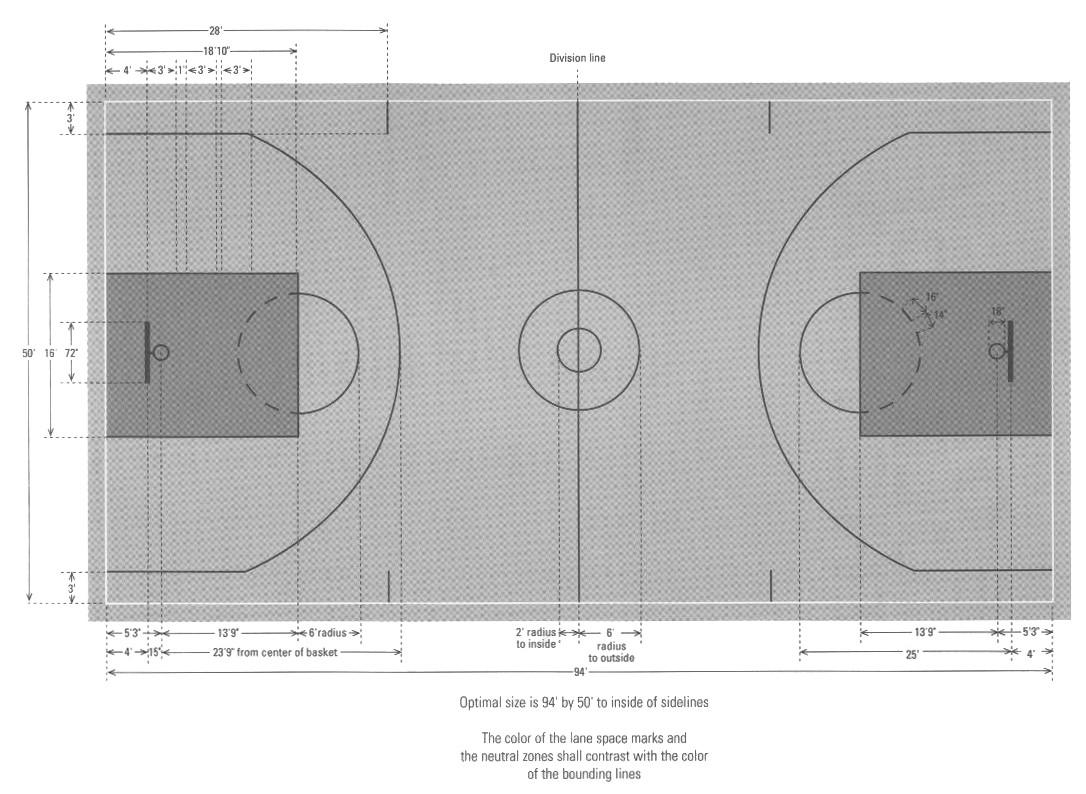 Not the answer you're looking for? Browse other questions tagged basketball nba or ask your own question.