When did the NFL move the stanchion out of the end zone?

I was just watching a clip of Bart Starr's game-winning quarterback sneak in the Ice Bowl. One thing I noticed is that the goal post stanchion is inside the end zone, not behind the end zone as it is nowadays. That must have been interesting back then, with receivers and defensive backs possibly colliding with the stanchion if they weren't paying attention, or receivers using the stanchion as a screen.

Anyway, when did the NFL move the stanchion outside of the end zone? 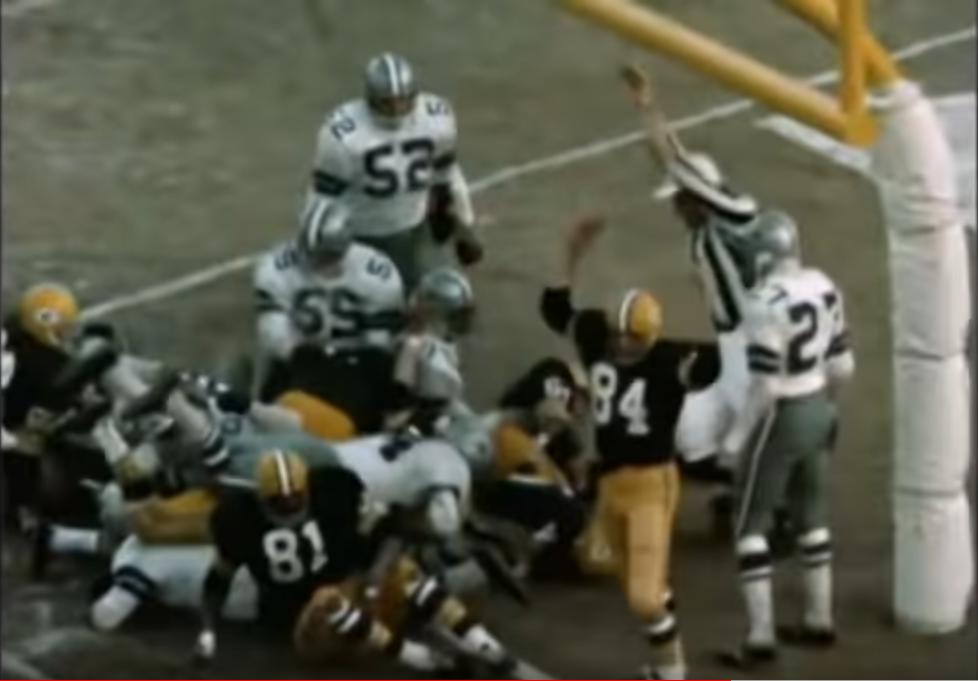 In 1967, the “slingshot” shaped goal posts were invented, with only one stanchion located further behind the goal post uprights.

In 1974, the NFL decided to move the goal posts to the back of the end zone once again, with the lone stanchion behind that, in an attempt to encourage more touchdowns and fewer field goals.

Not the answer you're looking for? Browse other questions tagged trivia american-football nfl history or ask your own question.

12
When is an offensive lineman allowed to move?
7
What is a "football move" in the NFL?
2
When did incentives and salary escalators start in the NFL?
6
What are the pass interference rules on a quarterback throwing a pass to self?
4
How can a touchdown catch be made when the receiver lands outside the End Zone?
4
False start when close to your own end zone
1
Why did NFL Europe fail?
6
Why TD when recovered on ½-yard line and "momentumed" to the end zone, in American football?