Why is special case of handball above the shoulder allowed under the revised IFAB rules (2019/2020)?

According to IFAB's recent changes to the rules:

It is usually an offence if a player:

If I interpret the rules correctly, this sequence of events usually constitute a handball offence:

It does not matter why Player A's arm was raised above his shoulder. Perhaps, he was sitting on the floor after a tackle left him injured, and he had an arm raised towards his team bench signalling for help.

It also does not matter why Player B played the ball towards Player A's arm.

It is usually a handball since this condition is met: ball touches a player's hand/arm when it is above their shoulder. And he did not deliberately play the ball prior to it touching his arm.

Strictly speaking, As long as the ref has not stopped the game, a handball offence should usually be called in the above sequence.

This is where it gets a little weird:

This will NOT be a handball since the clause in parentheses explicitly excludes the scenario where the player deliberately played the ball prior to the ball touching his hand/arm.

Perhaps, the player did not mean to deliberate handle the ball. Maybe he was trying to lob the ball to a team mate, but poor technique or the wind carried the ball vertically towards his unusual raised arm.

I understand that in an actual game, it is highly unlikely that a player will execute this sequence of events. But why is it allowed?

I don't understand why the rules were worded this way. It seems to be allowing a very unusual special case of a player's arm/hand touching the ball, while penalising quite accidental cases.

I think it would have been fine (albeit a little rigid) if the rule makers just left out the part in parentheses. So why did they add this confusing part? What is the motivation behind this special exclusion? What are the examples?

Link to the relevant section of the Laws of the Game: http://theifab.com/laws/chapter/32/section/92/

As a bit of background to this wording, I'd argue that raising your arms above your shoulder probably would have been sufficiently covered under the prohibition regarding touching the ball with the hand/arm while being unnaturally bigger (covered by the previous subclause).

It is usually an offence if a player:

However, IFAB have decided that it's important to explicitly make hands/arms above the shoulder usually1 a handball offence. This was probably to ensure that in the unlikely event that a referee felt that this incident, this incident or even this incident were not deliberate handlings or handling while unnaturally bigger, they would still be forced to usually1 penalise it simply based on position of the arm.

As such, the exception in parentheses regarding deliberately playing the ball first is important, as it prevents players who move their arms out of the way of the ball (including above their shoulder) to control the ball with a different part of their body from being punished if the ball accidentally deflects into their arm.

In this clip at roughly 0:50, the player moves his arm away from his chest to provide for balance and ensure the arm isn't struck by the ball. The ball unpredictably bounces into the ground and back into his outstretched arm. In this example, the arm isn't above the shoulder when it was struck, but if it had been, the exception would have applied here, preventing the referee from punishing the player for accidentally touching the ball with the arm raised above the shoulder.

While this example would have been punished under the current Laws for the handling resulting in a goalscoring opportunity, had it occured up the other end of the field, it usually1 wouldn't be punished.

1 - usually isn't really helpful wording as it's likely to lead to increased inconsistency, but this is the word IFAB have chosen for most of the guidance on what is / isn't a handball offence.

I actually got in touch with IFAB to ask them this question. This is their reply:

I suspect this is what they are referring to: 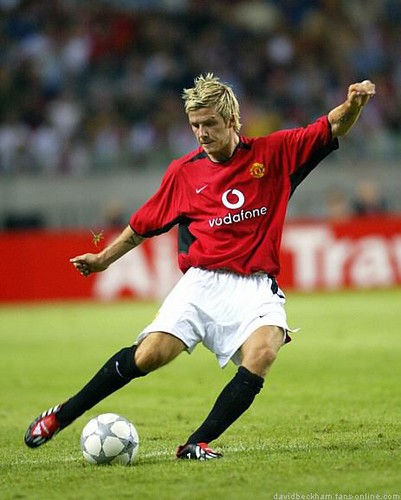 13
Can I use my hand to hit the ball on table tennis?
4
Contact of a player with the net
6
Can you hold a table tennis paddle with two hands?
7
Attacker makes blocker touch the net in volleyball. Who should be awarded the point?
2
Volleyball: Can an attack hit be considered a block
2
Signal for off-side and indirect free kick in association football
5
NBA "and one" rule - an edge case
4
Why is the ball hitting any part of the arm now a handball?
2
Can the referee cancel the goal in such case?
1
Who gets the point in this hypothetical badminton move?