Can this July 1958 NYC baseball game be identified? 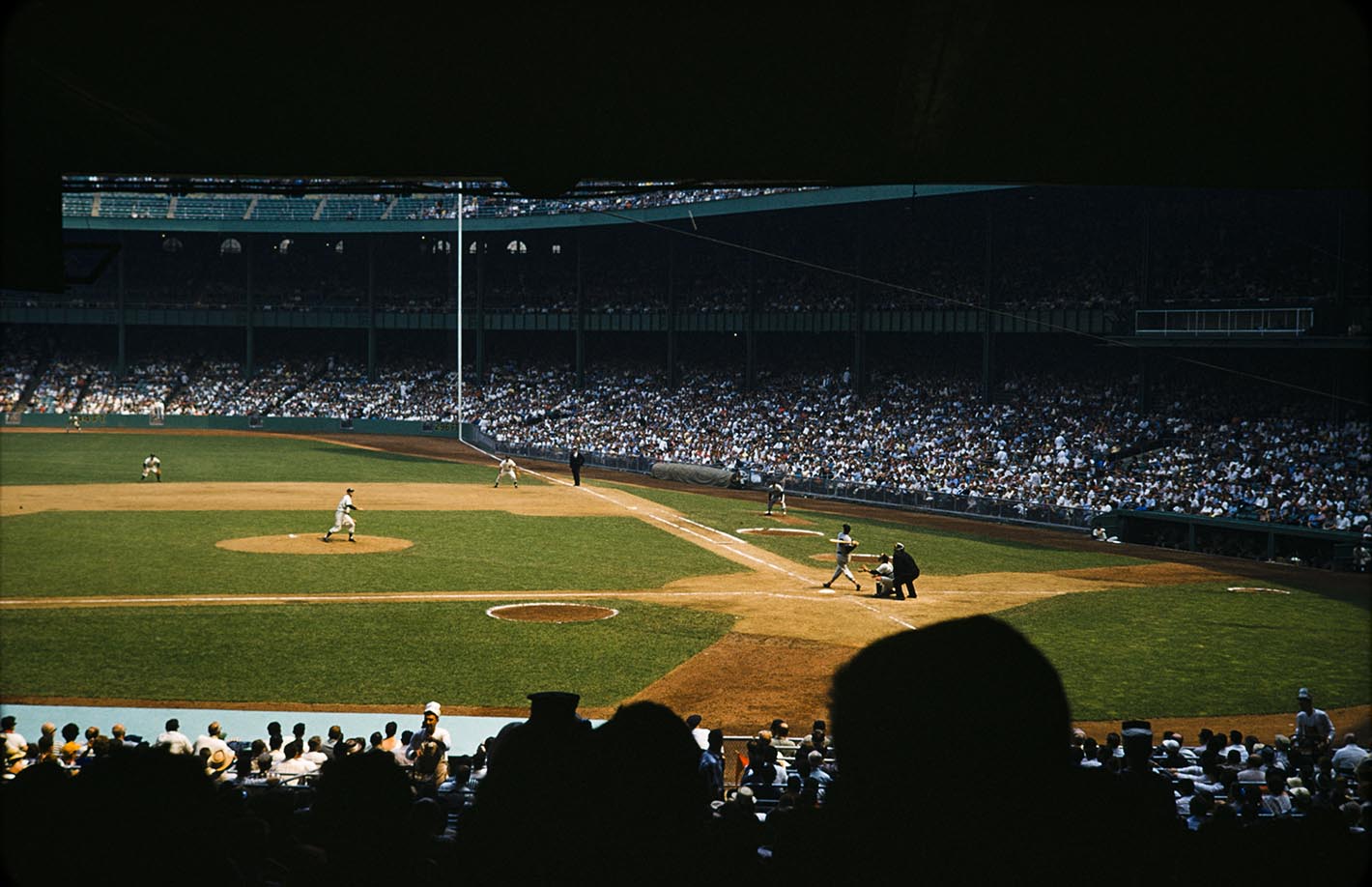 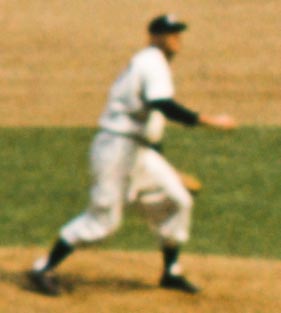 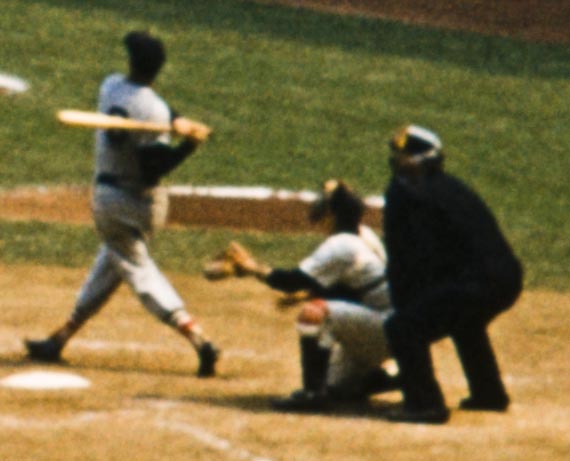 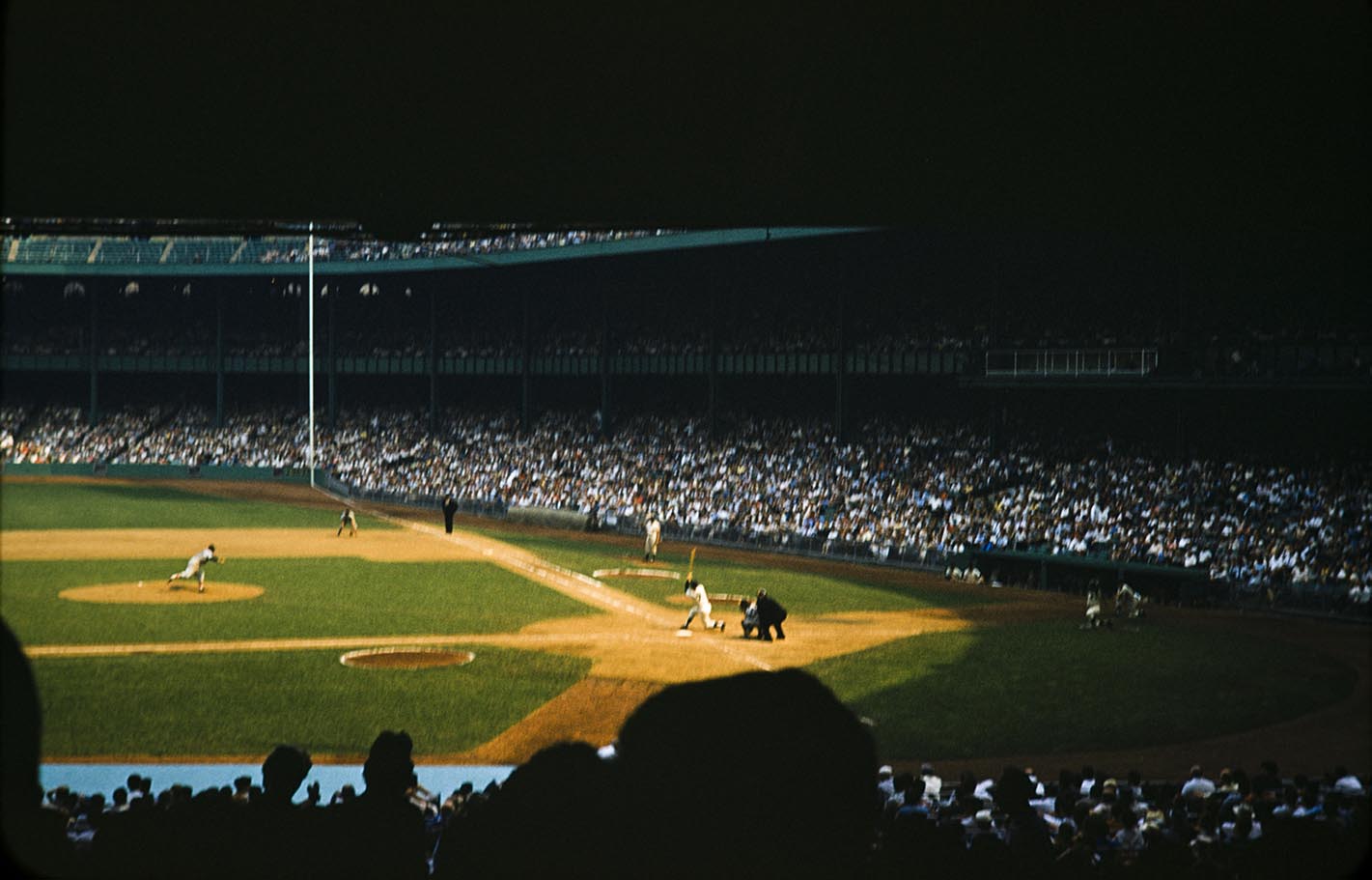 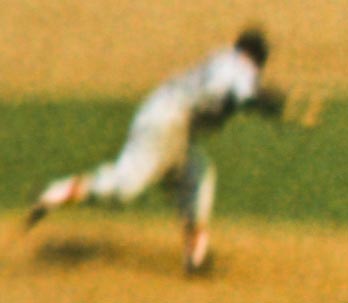 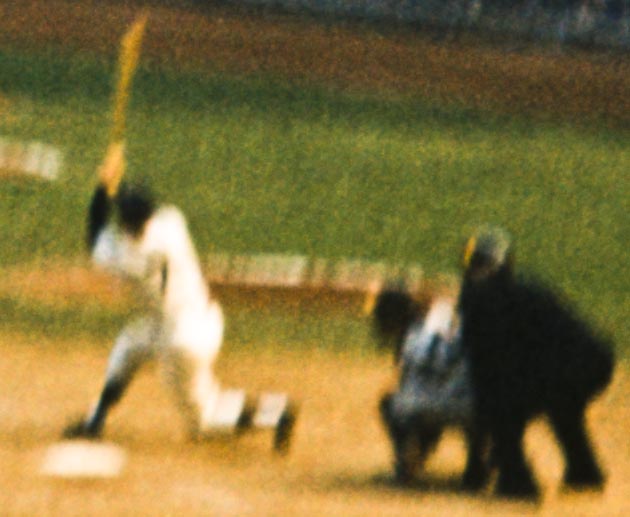 I'll put this up as an answer because this question seems like it might not get closed...

From the description as being "in the NYC area", it was a quick leap to assume that we're talking about the Yankees here. The time frame(1958) makes them the only likely choice given that the New York Mets did not exist and the New York Giants moved to San Francisco after the 1957 season.

This basically leaves only the Yankees in NYC and they played in the old Yankee Stadium from 1923 through 2008. From the Wikipedia page for the old Yankee Stadium, I found this picture, which shows a similar white railing in the second deck along the first base line. This and other features seem to match up with the pictures presented. 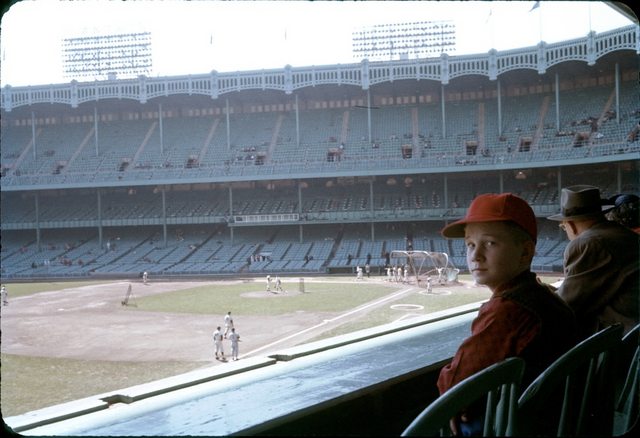 The Red Sox roster included a 39-year-old Ted Williams and the Yankees roster included the likes of Yogi Berra, Mickey Mantle, and Whitey Ford. The best I can tell, the Yankees batter is wearing number 7 which would, in fact, be the number that Mickey Mantle wore that year. If the opponent is the Red Sox, the batter is either wearing 8 or 9 but the number is obscured by the bat being swung. Number 8 is Pete Daley and number 9 would be Ted Williams. Additional analysis would show that Pete Daley was a right-handed hitter -- which would mean this is most likely Ted Williams, who was a left-handed batter.

Not the answer you're looking for? Browse other questions tagged baseball history match-identification or ask your own question.

2
Would this baseball defense work?
1
The ending of a baseball game
0
What is the first billiards game ever rules?
1
Can the home team win an extra-inning baseball game by more than 1 run?
1
What was this NHL match, possibly in 1999, where the National Anthem was sung by Christina Aguilera?