Neither the time difference, nor the weather, nor even the television rights holders seem to be able to logically explain a shift for a certain match.

What is the reason behind the Champions League groups phase schedule? 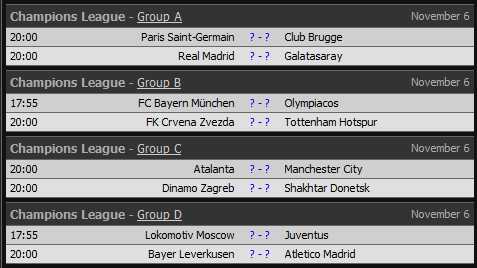 The relevant rules are in 2019/2020 UEFA Champions League Regulations:

And in this particular case (Matchday 4, Wednesday) the two easternmost matches started earlier: 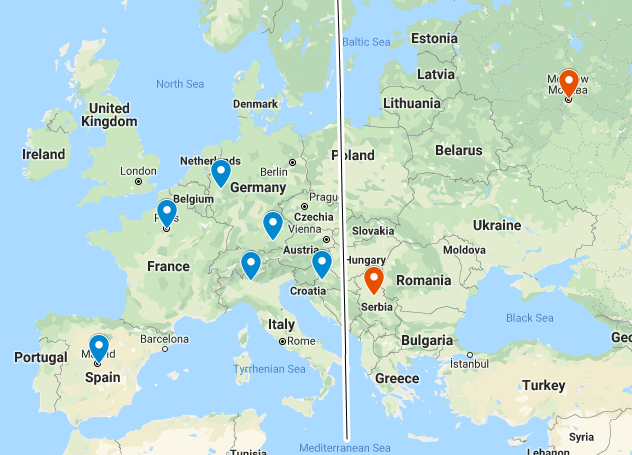 This isn't always the case, though. Consider Matchday 2, Tuesday: 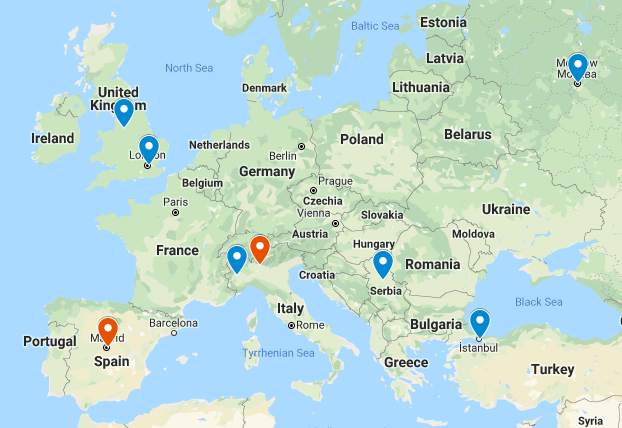 Earlier times were given to Real Madrid and Atalanta (Bergamo) much to the chagrin of Lokomotiv fans. It's unclear how exactly UEFA arrived at a decision like this. One Russian web site published a response from the unnamed representative of UEFA press services listing a number of factors taken into account :

Conclusion: only the games on the last matchday have to be synchronized. On a given day UEFA puts at most two matches to an earlier time slot using some obscure behind-the-scene process.

In winter for east european countries like Russia, they play earlier so that the temperatures are not too low

In the case of Lokomotiv Moscow, this is due to time zones. Moscow is two hours ahead of Western Europe, so assuming those kick-off times are UTC, the match would actually have kicked off at 19:55 Moscow time. If it kicked off at 20:00 UTC, it would start at 22:00 Moscow time and finish at about midnight, and that's impractical for the spectators who are actually present at the stadium, never mind the TV viewers.

I suspect that the Bayern Munich match took place at the same time just so there wouldn't be one match that day that was out-of-sync with the rest, but I probably can't prove that, nor would I be able to prove why they chose that particular match.

As for why matches within the same group aren't synchronised, that's because they don't need to be at this stage. This only needs to happen with the final round of group games, otherwise you risk a repeat of the Disgrace of Gijon, where the teams who play second know what they need to do to qualify and can game the system at the expense of whoever played first.

Not the answer you're looking for? Browse other questions tagged football uefa champions-league schedule or ask your own question.