Dart enters one area, but tip enters another 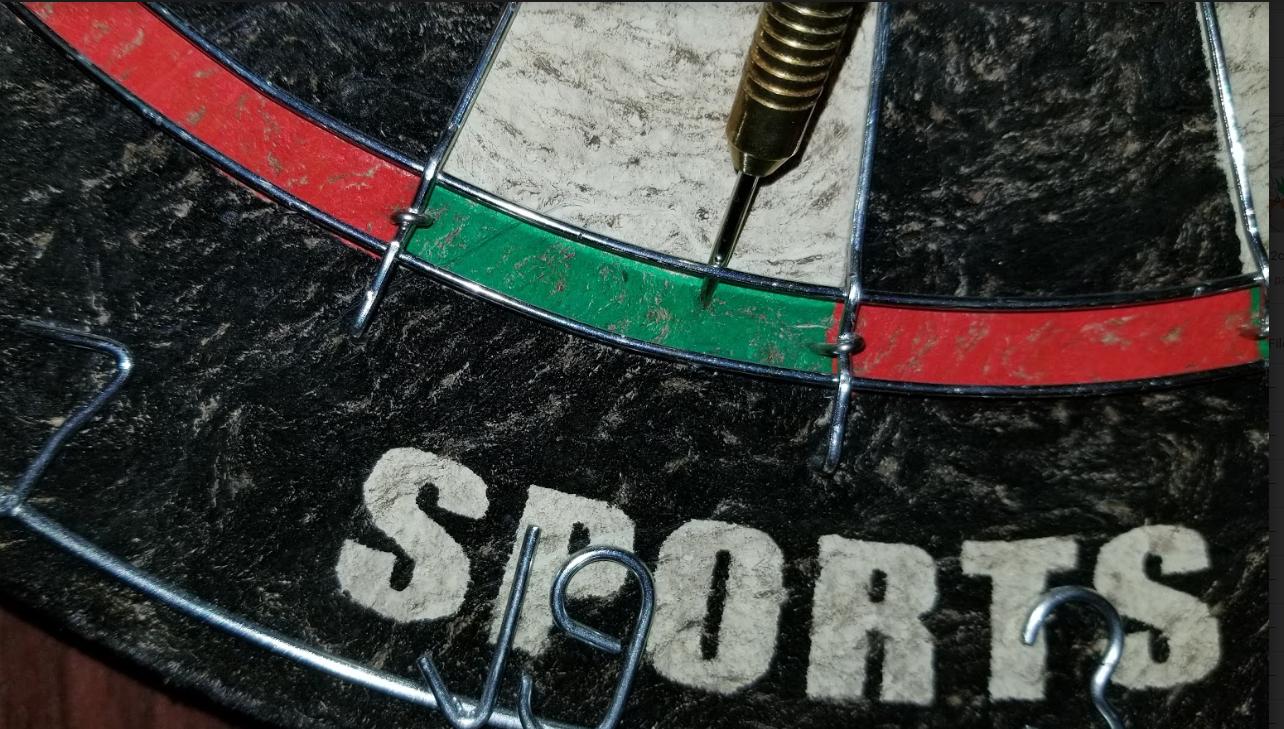 In the picture, the dart enters through the single 19 area, but the tip goes under the metal separator and sticks in the double 19. What is the correct way to score this?

The current rules of darts, as established by the Darts Regulation Authority, can be found here. The PDC refers to them on their Rules of Darts page. The rules state the following:

5.4.2 A scoring dart is counted by reference to the segment into which the point of the dart enters and remains in or touching the face of the dartboard.

Now, what is a segment? There's no explicit definition, but the following rule suggest they'd never expect a situation like in the question to happen:

I'd argue that the dart is in the double 19 segment (its tip is fully in the green zone) so it counts as a double.

Now what would happen if it's exactly on the white/green border? There's always a catch-all rule:

5.4.8 The Referee shall act as an umpire in all matters pertaining to these General Playing Rules when conducting a Darts Event and shall, if it is necessary, consult with Scorers and other Officials before announcing any decisions during the course of Match play.

5.3.9 The Referee will have the final say in all matters relating to starting and finishing.

though this may happen during the 'scoring' phase of a game as well.

Not the answer you're looking for? Browse other questions tagged rules darts or ask your own question.

12
In the game of basketball, does the net have any part of points scored?
4
NBA / MLB ball boy interference
9
In Golf, can you choose to play down the 'wrong' fairway?
1
throwing mechanics
7
Are you allowed to score a goal off the ground with your head to showboat?
4
What level of achievement is it to be able to always hit a single in darts?
2
Rugby penalty kick into touch-in-goal
1
What happens if a player hits single one instead of a double with the last dart?
0
In Basketball, if the ball goes through the hoop and net twice in one shot, how many points?