What is the coldest Formula One race ever held?

With the announcement of three new F1 races in Europe during October and early November, there's been a lot of discussion about the potential for those races to be unusually cold - especially the Eifel Grand Prix at the Nurburgring, where there's a real risk of snow at that time of year.

That got me thinking. I know of plenty of races that have been extremely hot - Argentina 1955 and Dallas 1984 are the ones that come to mind immediately. But I don't know of any races that have been held in low temperatures (say, less than 10°C). I do know there were a few races held in Sweden, but I haven't found any mention of what the weather was like at those races.

What was the coldest Formula One race on record?

Whilst Gerardo Furtado's answer covers what may be the coldest race, it is not a World Championship race, which I feel may be an important distinction to some people.

According to a list of race records on Wikipedia, the coldest World Championship race was the 1978 Canadian Grand Prix - which had a highest temperature of 5°C (41°F) during the race.

Temperature for Montreal on race-day

BBC Highlights of the race

First of all, it's important to define "coldest". I believe you're talking about air temperature, despite the fact that the real problem for a F1 car is the track temperature, which is different.

Regarding tests, which are normally carried out during northern hemisphere winter, it's not uncommon having snow in the track. For instance, check this 1986 test, see the snow on the ground:

Regarding a F1 race it's quite complicated finding accurate data for the 50s and 60s, but I'd bet on this 1975 Race of Champions, whose start was delayed due to snow:

Weather conditions were inhospitable, with strong winds, heavy rain and even snow showers during the weekend. [...] The start was delayed as snow fell and teams had to quickly decide which type of tyres to use.

Here is a clip of that race, have a look at people's clothes, it should've been very cold: https://youtu.be/CXvBJ6Y8zsA?t=5

Also, according to Wolfram Alpha, the highest temperature that day was 6°C: 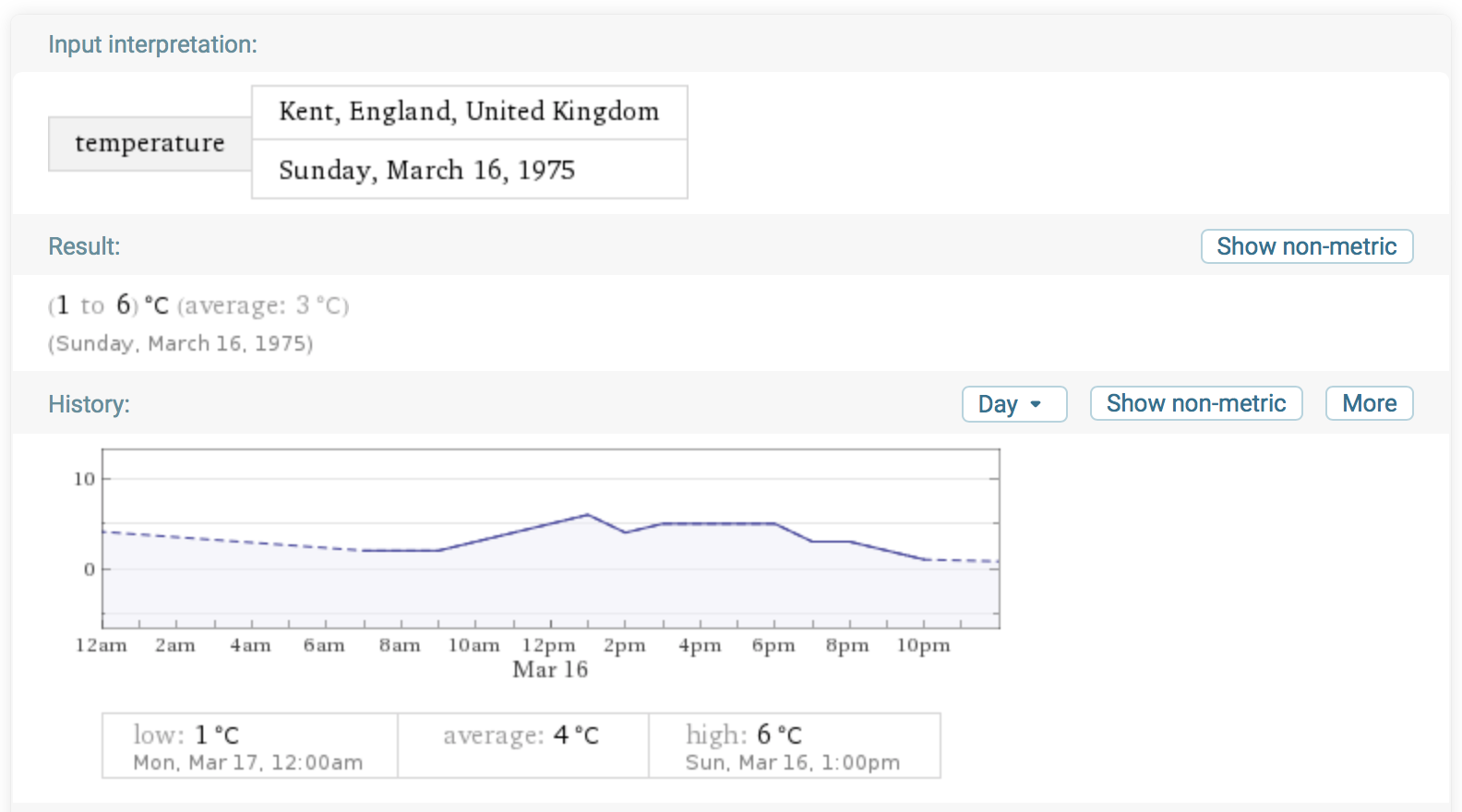 It's worth mentioning that, despite not counting for points, the Race of Champions is a Formula 1 race.

29
In the history of Formula 1, when has the fastest qualifier not started the race on pole?
7
Formula One and Indy Cars
4
Why is there no American team in Formula One?
3
Formula 1: the lowest-ranked driver to win the Drivers' Championship in the final race?
5
What is the record for winning a Formula 1 race by leading least number of laps?
8
When was the last 'clean' race?
5
Why isn't a Formula One track dusted off before a Grand Prix?
2
Highest Formula One WDC ranking without a podium finish?
8
Which Formula One races did Scuderia Ferrari not take part in?
2
What matters the most when it comes to being successful in Formula One?