the wall/fence on the right of PNC Park in Pittsburgh

Here is PNC Park in Pittsburgh 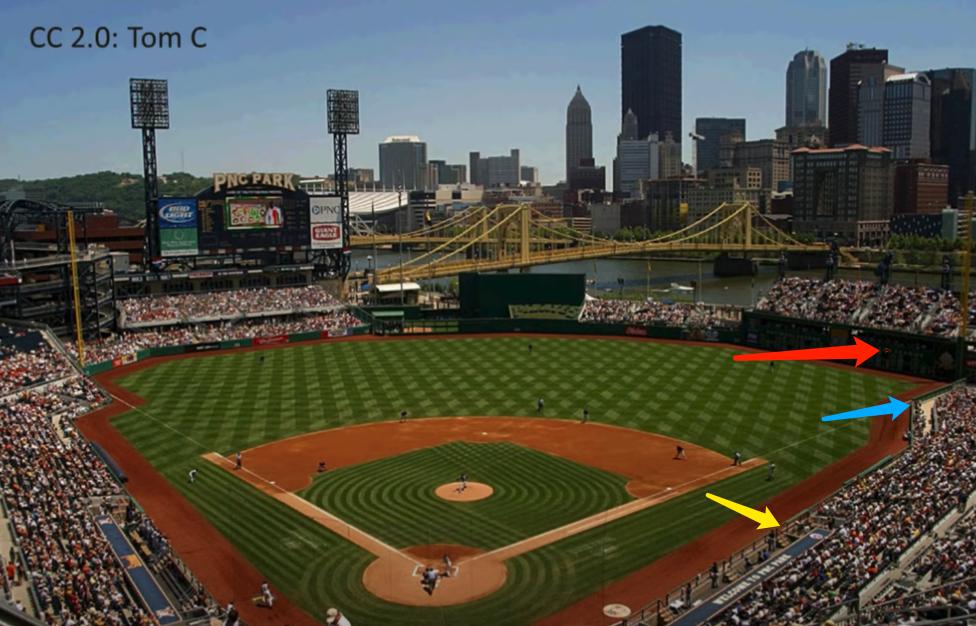 I guess the wall/fence pointed out by red arrow is 21 feet high.

There is not a significant wall there, as is generally the case in (purpose-built) MLB parks. Instead, you have seating; there is railing to demarcate where fans can be as opposed to the playing field, but not a wall. It is traditional in baseball parks to allow fans to sit at field level and see the game; injuries to fans from batted balls (or thrown bats) has led to some netting being in place at most parks, usually at least extending to the dugouts now, but nothing further to interfere from seeing the field. 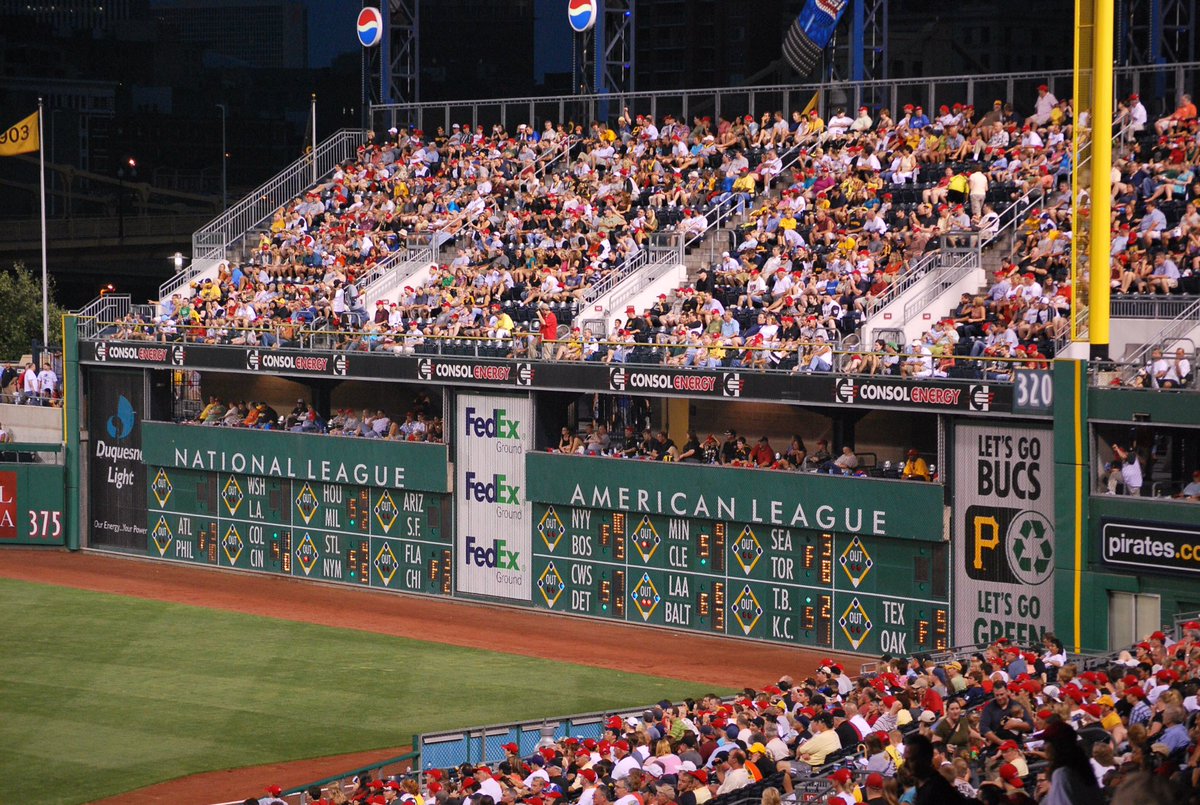 (see link to MLBCathedrals twitter for full res), you can see the railing from behind. The blueish colored railing is still railing - just wtih some padding on it; and from other pictures including that on Wikipedia you can clearly see people with their arms resting on it, so it's around 4 feet high there.

The dugout area (yellow arrow) will typically be around the same height (around a person's height), so that it's not disturbing the view of the seats in row 5 or 6 (whatever row it goes back to).

Not the answer you're looking for? Browse other questions tagged baseball or ask your own question.

2
Why do batters sometimes chase balls well outside the strike zone?
8
Are there times when you can “recycle” a player in baseball?
2
Should a manager be questioned for leaving in a right handed pitcher in the following situation?
2
Are Major League Baseball players allowed to wear nonstandard hats in the dugout?
1
Why do pitchers walk other pitchers (in the National League) with some frequency?
4
Sign stealing in baseball
5
Why was Sisco's 9th inning bunt vs the Minnesota Twins a bad play?
2
Why have “less than 250 feet” in rule 5.05(a)(5) if rule 2.01 renders its chance of occurrence to zero?
2
Can stalling your delivery be cause for a balk?