This is the schedule for Red Sox in September in 2020. 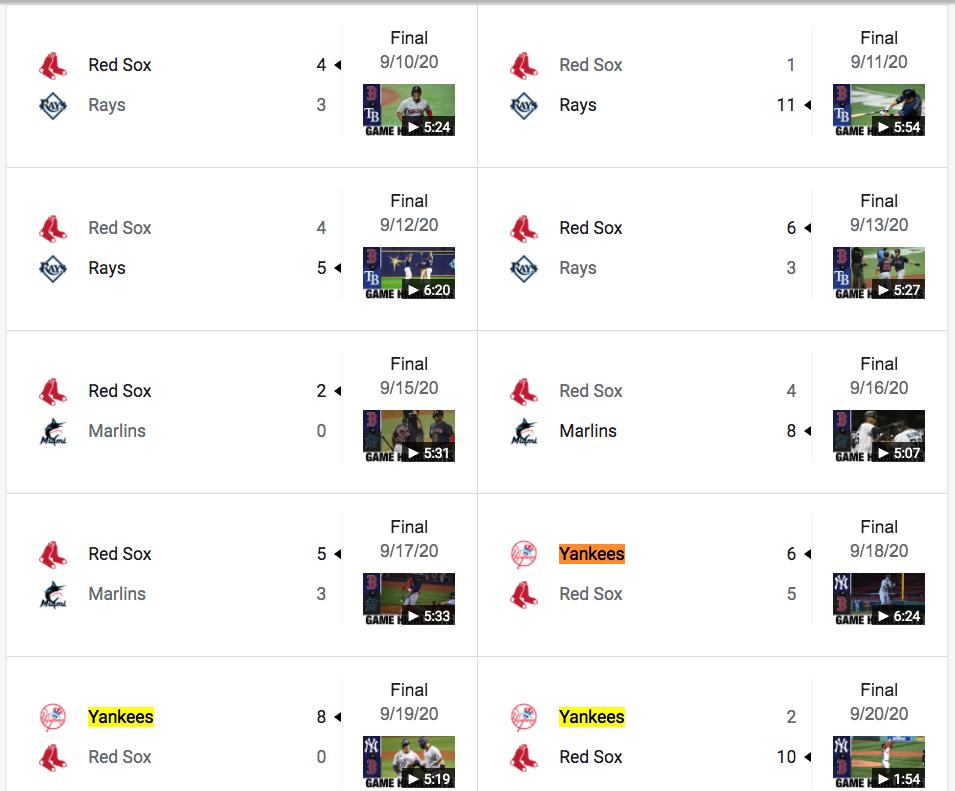 See MLB's announcement on the 2020 schedule for more details, or Baseball-Reference's schedule and score list for the breakdown of their results.

Not the answer you're looking for? Browse other questions tagged baseball mlb or ask your own question.

1
How could a trade take place after the trade deadline?
2
Can a (baseball) ace's record be improved by his "pitching out of sequence."
3
Why did Game 1 of the 2015 ALDS have a start time that depended on another game?
4
Sign stealing in baseball
1
Why do few teams use "hybrid" starters other than the Tampa Bay Rays?
0
Does "full count" in MLB mean to "three balls and two strikes"
1
What do different fill (background) colors mean in the MLB schedule?
0
Sinkerball pitchers improving during games
0
Field of Dreams Game