Why are Grizzlies in the playoffs and GSW are not, even though Warriors have more victories?

basketball nba postseason
Share
Improve this question
edited May 27 at 9:55

For the 2020-21 season the NBA introduced a play-in tournament (somewhat similar to those we saw in 2019-20 post Covid shutdowns).

As part of these play-in games, the 7th and 8th seeds of each conference at the end of regular season played each other, where the winner would be ranked the 7th seed for the playoffs. The 9th and 10th ranked teams, would also play each other. The winner plays the loser of the 7th and 8th seed game and would be ranked as the 8th seed of the playoffs.

Here is a picture showing what I described above with more clarity: 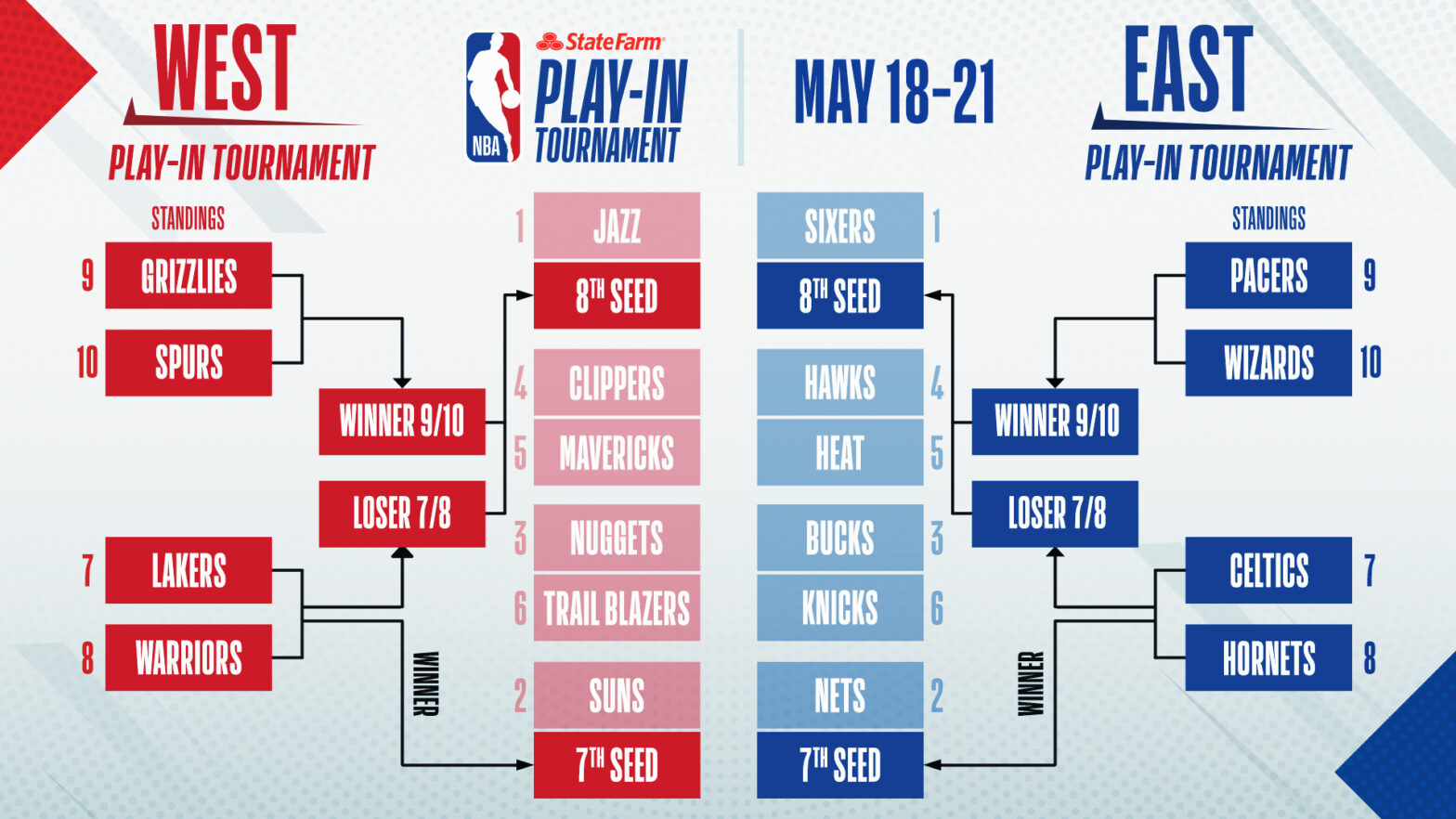 In the play-ins, the Warriors finished the season 8th, and played the Lakers who finished 7th. Lakers won that match and clinched a playoff berth as the 7th seed.

Not the answer you're looking for? Browse other questions tagged basketball nba postseason or ask your own question.

1
Lowest regular season win-loss percentage to qualify for the NBA Playoffs?
0
NBA Draft - Are there any restrictions on signing an undrafted player?
6
Why do NBA stars keep playing in playoff blowouts?
2
How many times both conference finals series made it to game 7 in NBA history?
1
Best scoring performances in an NBA finals loss
0
Most number of game 7s played in a single playoffs
0
What team has shortest “longest losing streak” within a season in NBA history?
0
What are the fewest passing yards by quarterbacks in an NFL playoffs win?