Why do canoers appear to stop paddling in the final few metres of the race?

In this men's C-2 1000m canoe race at Tokyo (2020/2021) Olympics (video provided by NBC Sports), it shows that near 10 meters away from the finish line, it seems that China still leads marginally, while the Cuba team is slightly behind. 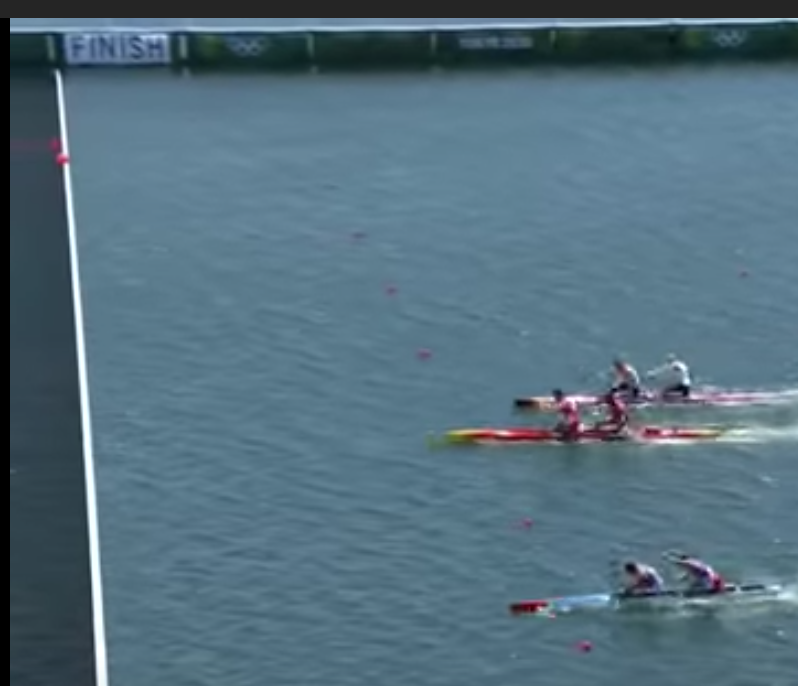 Then Cuba catches up and surpasses China. 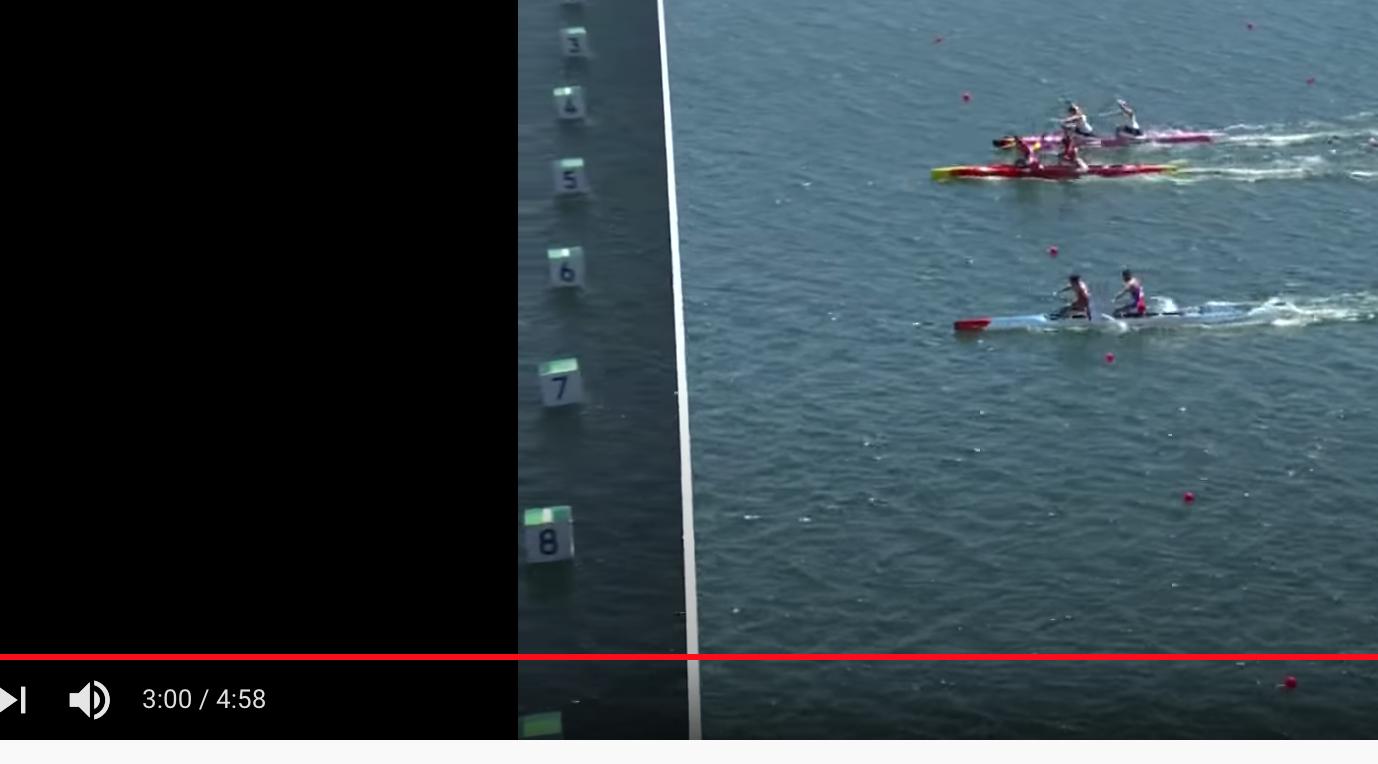 About 5 meters away from the finish line, both teams stop rowing fiercely and they just wait to cross the finish line. What is the reason for that? Is there a rule? Or is that based on some physics or physical principles?

When the rowers "reset" for the next stroke, they have to pick the oar up and move it from the rear of the boat to the front. This motion will put a retarding force on the hull and will decelerate it.

So on the final stroke, instead of resetting (which will do no good), the rowers throw their mass as far backward as possible, hopefully shoving the tip of the hull a bit more forward.

You'll see similar finishing techniques with cyclists that "shove" the bike forward by leaning off the back as far as possible at the line.

Not the answer you're looking for? Browse other questions tagged olympics water-sports or ask your own question.

4
Why is the bottom surface of water skis smooth?
4
Why does NBC host Olympic coverage in the USA?
57
Why are professional athletes allowed to compete in the Olympic games?
10
Why was USA disqualified from the 4x100 men's relay final in the Rio Olympics?
3
What is the point of the "Small Final" in Snowboard Cross?
9
Why is cricket not played at the Olympics?
3
Why are the canadian uniforms for cycling blue?
3
Why do top NBA stars from USA skip the Olympics?
1
Why are the seats of the Olympic track and field stadium different colors?