In American football can it not be Illegal use of hands on the ball carrier?

It's fairly common that the defense is called for an: "Illegal use of hands - Hands to the face".

But, I've seen it a couple of time now, when the ball carrier (offence) does the same thing without a flag being thrown? 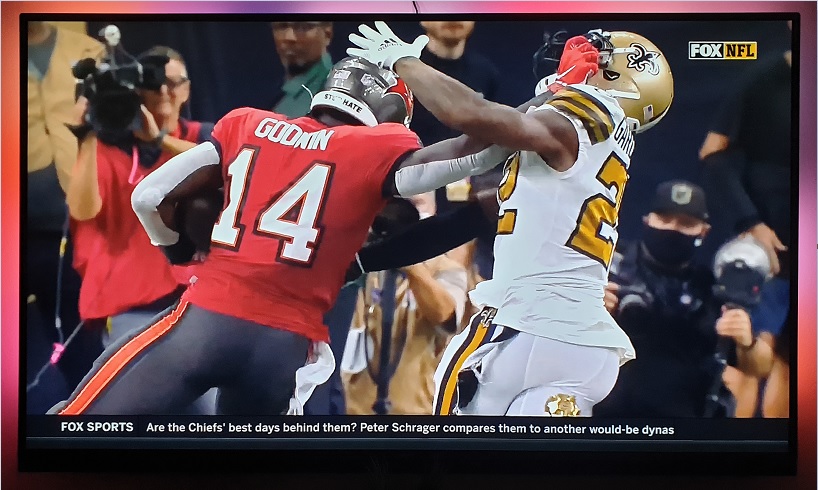 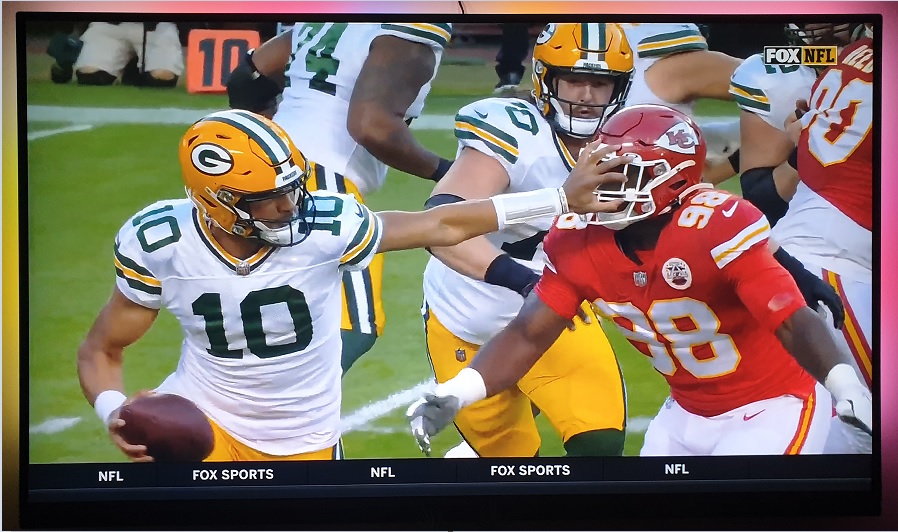 So are the ball carrier (offence) allowed to push the defending player off with e.g. a "stiff arm" to the facemask, but the defense is not allowed when for instance trying to get to the QB?

The act of touching the facemask isn't illegal. The NFL rule for an illegal block by an offensive player includes (12/3/a)

Thrusts his hands forward above the frame of an opponent to forcibly contact him on the head, neck, or face

If you have two players pushing hard, you don't want one of them to push the player down by pushing the head back. The forceable contact is prohibited. This is not as much of a concern for the ball carrier, especially since they are trying to move away from the contact, not toward it. They can still be called for striking or grabbing the facemask. But pushing on it is allowed.

(12/2) gives rules for a legal block from the offense. This includes:

An offensive player is permitted to use his hands or arms to restrict an opponent:

(a) If he is a runner. A runner may ward off opponents with his hands and arms.

There are quite a few rules that matter here, but the TL;DR is that it's legal to touch the facemark of the opponent, so long as it's not:

In the first picture, I suspect that he probably is committing a foul, but it's probably hard to see and be confident he's actually grabbing (and we'd need the video to know). Referees are a dozen yards away probably at this point, so they have a very limited ability to police things on the edge here; sometimes they see it, sometimes they don't.

In the second picture, that's probably legal contact, if he extended his arm prior to the contact. It wouldn't be legal if he started the contact with a very bent arm and then thrust away the player by the helmet (that would qualify as a "thrust", or a "forceful hit"). But this kind of contact happens all the time; stiffarm to the facemark is okay if it's just a "keep your distance" stiffarm and not something more forceful, and as long as there is no closing of the fingers (grasping/pulling/twisting).

The various fouls that can be called in this area are all over the rulebook, but a few examples:

It is a foul if an offensive blocker:

Thrusts his hands forward above the frame of an opponent to forcibly contact him on the head, neck, or face;

Note: Contact in close-line play is not a foul, unless it is direct and forcible, or prolonged.

It is a foul if a defensive player thrusts his hands or arms forward above the frame of an opponent to forcibly contact him on the neck, face, or head.

Note: Contact in close-line play is not a foul, unless it is direct and forcible, or prolonged.

Plus 12.2.15 on facemasking (the personal foul variety), and various other smaller points.

Not the answer you're looking for? Browse other questions tagged rules american-football or ask your own question.

10
Requirements for Touchdown Catch Near the Goal Line
2
Why do american commentators call the ball "the football"?
7
Why are some offensive formations illegal in American football?
2
Why is an illegal shift treated as a false start at the end of a half in American football?
5
Legal throwins at lineouts
10
Could a player be in an offside position off the field of play?
7
Rugby league: does a knock-on require an immediate stoppage of play?
11
Can a goalkeeper chip the ball to the head of a teammate from a goal kick to circumvent the backpass restriction?
3
Why is special case of handball above the shoulder allowed under the revised IFAB rules (2019/2020)?
1
Legal to reach around someone when they are posting up?