Why TD when recovered on ½-yard line and "momentumed" to the end zone, in American football?

Why was it a touchdown in the Falcons vs. Cowboys game when a blocked punt was recovered ball on "½-yard line", but the momentum carried the player over to the end zone? The player was clearly touched outside of the end zone.

Shouldn't it have been Dallas ball on the "½-yard line"? 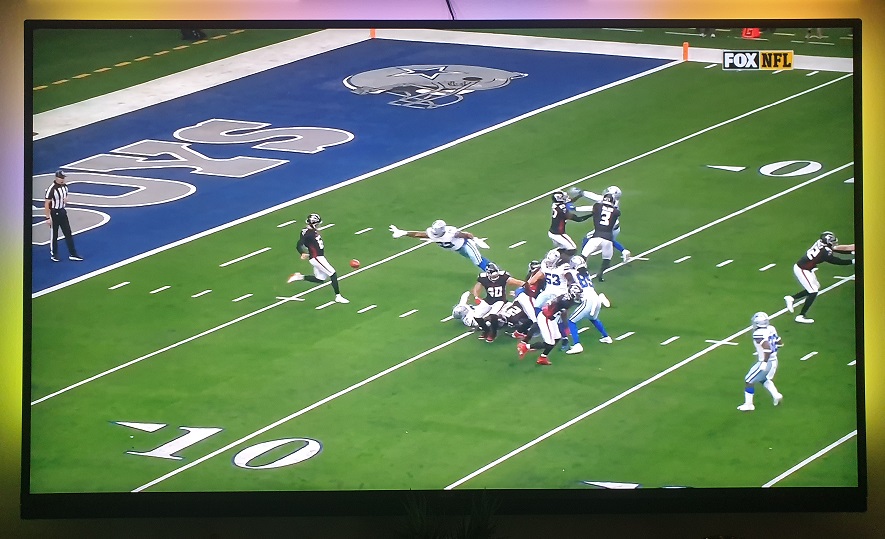 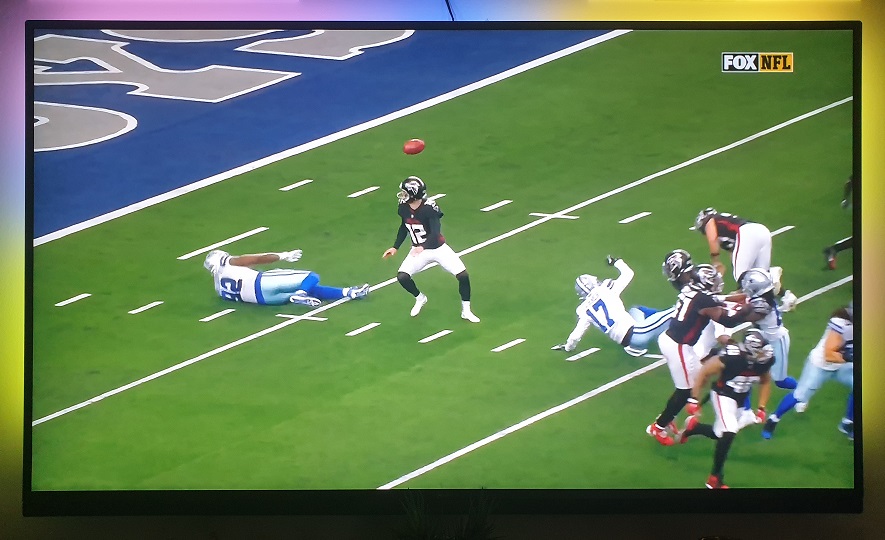 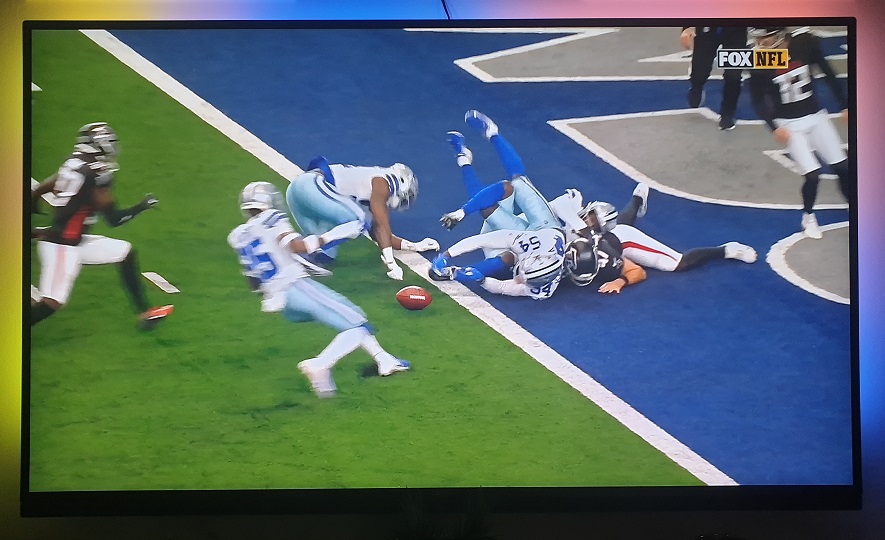 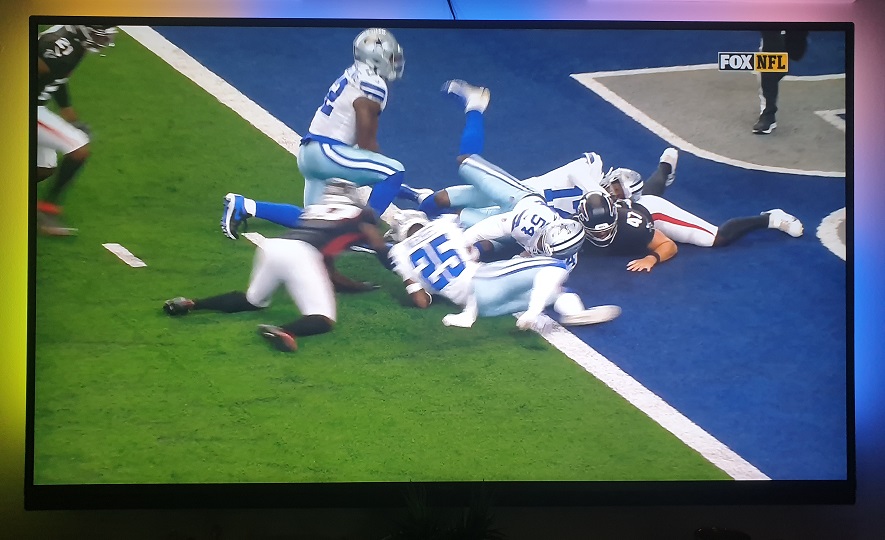 Player's momentum carried the ball in to the end zone: 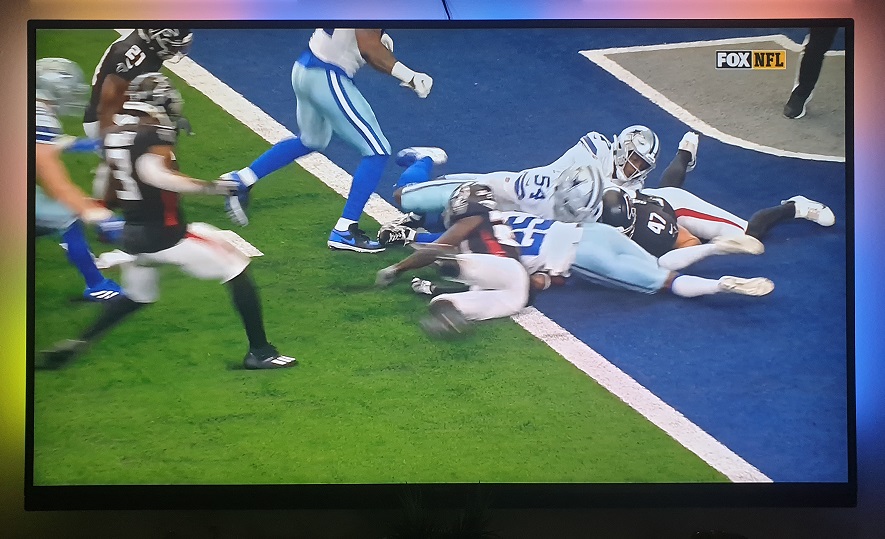 The ball was still loose as it crossed the goal line. See from a different angle, the ball here is not fully possessed (he was moving it towards his body but not secured) and is over the goal line.

In this picture you can use the shadows to see that the ball is over the line. The important detail here is not where the ball landed (as you say, on the 0.5 yard line) but where the ball was possessed. The touching of the receiving team's player does not matter, until he possesses the ball - if the ball is bouncing around or not fully possessed, it's still a "loose ball".

Check out the NFL Rulebook, 9.3.2 shows they can advance the kick, and 3.2.7 defines when the possession is secured:

To gain possession of a loose ball that has been caught, intercepted, or recovered, a player (a) must have complete control of the ball with his hands or arms and (b) have both feet or any other part of his body, other than his hands, completely on the ground inbounds, and, after (a) and (b) have been fulfilled, perform any act common to the game (e.g., tuck the ball away, extend it forward, take an additional step, turn upfield, or avoid or ward off an opponent). It is not necessary that he commit such an act, provided that he maintains control of the ball long enough to do so. This rule applies in the field of play, at the sideline, and in the end zone.

The recovering player did not have (a) achieved until after the ball was in the endzone.

10
Requirements for Touchdown Catch Near the Goal Line
4
Football field: Defensive goal line "plane" is actually the back of the painted line?
4
What is the significance of the 20 yard line?
2
Why weren't the Eagles penalized for illegal touching on this quick kick in 1986?
6
NFL blocked punt rules
4
How can a touchdown catch be made when the receiver lands outside the End Zone?
4
Airborne receiver heading out of bounds
1
Why is the plane of the goal line not applied on punts?
5
Why do teams almost always pass on 2-point conversions?
0
Why would a football punter turn and run the ball into his own end zone?