What is the longest six in cricket history?

Calculating the distance of the six hit by the batsmen is a new trend.

I'd searched for longest six of cricket, some said it's from Shahid Afridi, some said, it's MSD and some saying Yuvi.

What is the longest six in International cricket matches?

ie, Domestic matches like IPL is not a matter here.

As this question is based on stats and could be modified in future, an answer with link will be better.

YouTube is notoriously unreliable when it comes to records claims, so I am answering this question with a candidate for the longest six in international cricket that at least has a somewhat more reliable reference. I am not claiming this is the record holder.

Under the Perth floodlights, which were switched on after tea, the first such use in Tests, he on-drove Vettori more than 130 yards [119 meters] on to the roof of the five-tier Lillee-Marsh Stand, a shot many locals believed to be the biggest six at the WACA ground.

He proceeded to score 86, including a lofted drive from Daniel Vettori onto the roof of the Lillee-Marsh Stand. The ball travelled approximately 130 m, one of the longest sixes in history. 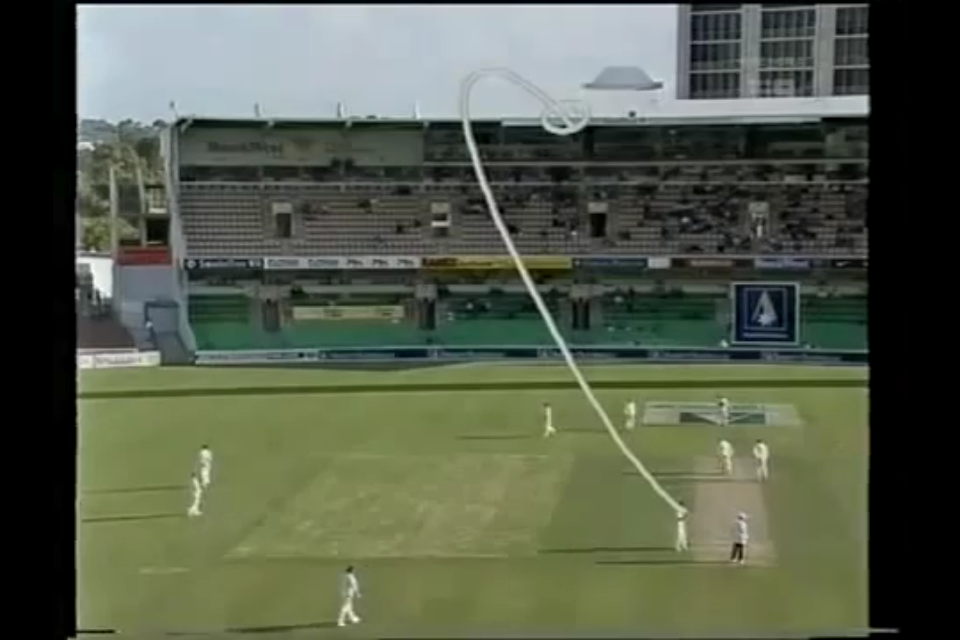 Shahid Afridi hit the biggest six in cricket history against South Africa in 2013 in his 88 runs innings. The distance of the six measured 158 meters.

Not the answer you're looking for? Browse other questions tagged cricket history trivia statistics records or ask your own question.