I want to extend the number of strokes I can play in my badminton matches. Therefore I want practice a particular badminton stroke, called:

Can somebody tell me how to perform such a stroke and most preferably provide me some footage of such a stroke being performed in a real match situation?

This particular stroke is very difficult to perform, let alone to pronounce. Timing is of the essence and technical ability is there to follow. I found a few video's of two of the top players in current badminton.

On the 17th of March 2009, Lee Chong Wei and Kenneth Jonassen were playing an exhibition match for the inauguration of a new badminton sports hall in the town of Pécs in Hungary. In the second game Lee Chong Wei (LCW) performs two times the stroke you want to learn: 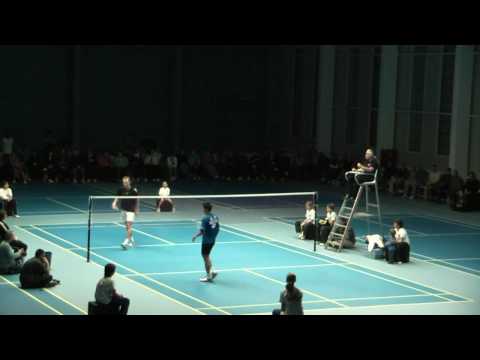 On the YONEX ALL ENGLAND BADMINTON CHAMPIONSHIPS 8th of March 2014, against Son Wan Ho in the Semi Final:

A training session in preparation of the Yonex All England 2011: 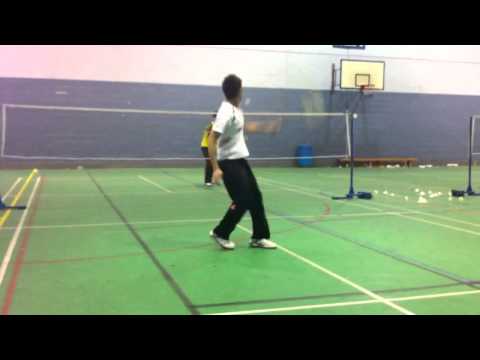 I tried to capture the essentials into the drawing I created:

Like the reversed slice (cross) dropshot, the intention is to make your opponent think, you're hitting a clear or dropshot. With the reserved backhand slice drop shot, your opponent will think you're trying to hit a clear (as Jonassen thought twice). Key is to put in the same amount of energy (racket motion), as to hitting a clear, but at the end perform a reversed slice.

Not the answer you're looking for? Browse other questions tagged terminology technique badminton or ask your own question.

12
Pros and cons of backhand serve in squash
1
Half volley shot of cricket
7
How can I improve my shot?
0
How quickly should a drop back passer release the ball?
2
Problems in elbow while hitting a forehand shot
2
What is the difference between a runner, a floater, and a tear drop?
5
One-handed backhand in tennis