How does a skeleton athlete sprint at the top of the track without slipping?

In skeleton, the rider starts running with the sled at the top of the track and belly flops on to the sled.

Due to brush spikes on the soles of skeleton footwear, which are required to be worn by athletes.

From the British Skeleton web site: 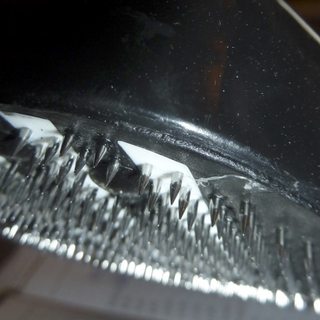 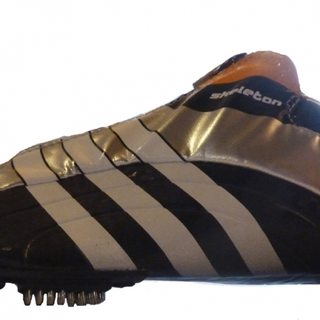 In all races, athletes are required to wear these brush spikes. They’re called brush spikes because they look like a brush or broom, with more than 300 needle-like spikes on the soles. These spikes grip the ice at the start of the race so that the athlete can push their sled with maximum power.

The spikes are better for skeleton than the spikes on an athletics shoe (which has fewer, larger spikes) because they do less damage to the ice.

13
What's the performance benefit of track spikes for distance events in track and field?
7
What are the main advantages of sit-on-top kayaks? What makes them so popular?
6
How does 'airbreak' work on airsoft guns?
8
How does golf technology compensate for the "groove rule" for golf clubs?
7
What are the technical differences between skeleton and luge?
3
How does the LED stumps help in Cricket?
3
How does the Sidearm™ cricket ball thrower work?
1
Can the shot speed of an airsoft sniper rifle be reduced without cutting the spring?
4
What is the purpose of running shoe lacing from bottom to top?