Are all of the lines on a tennis court the same width?

I was at the Indian Wells Tennis Garden for the BNP Paribas Open and took the following photo of center court. 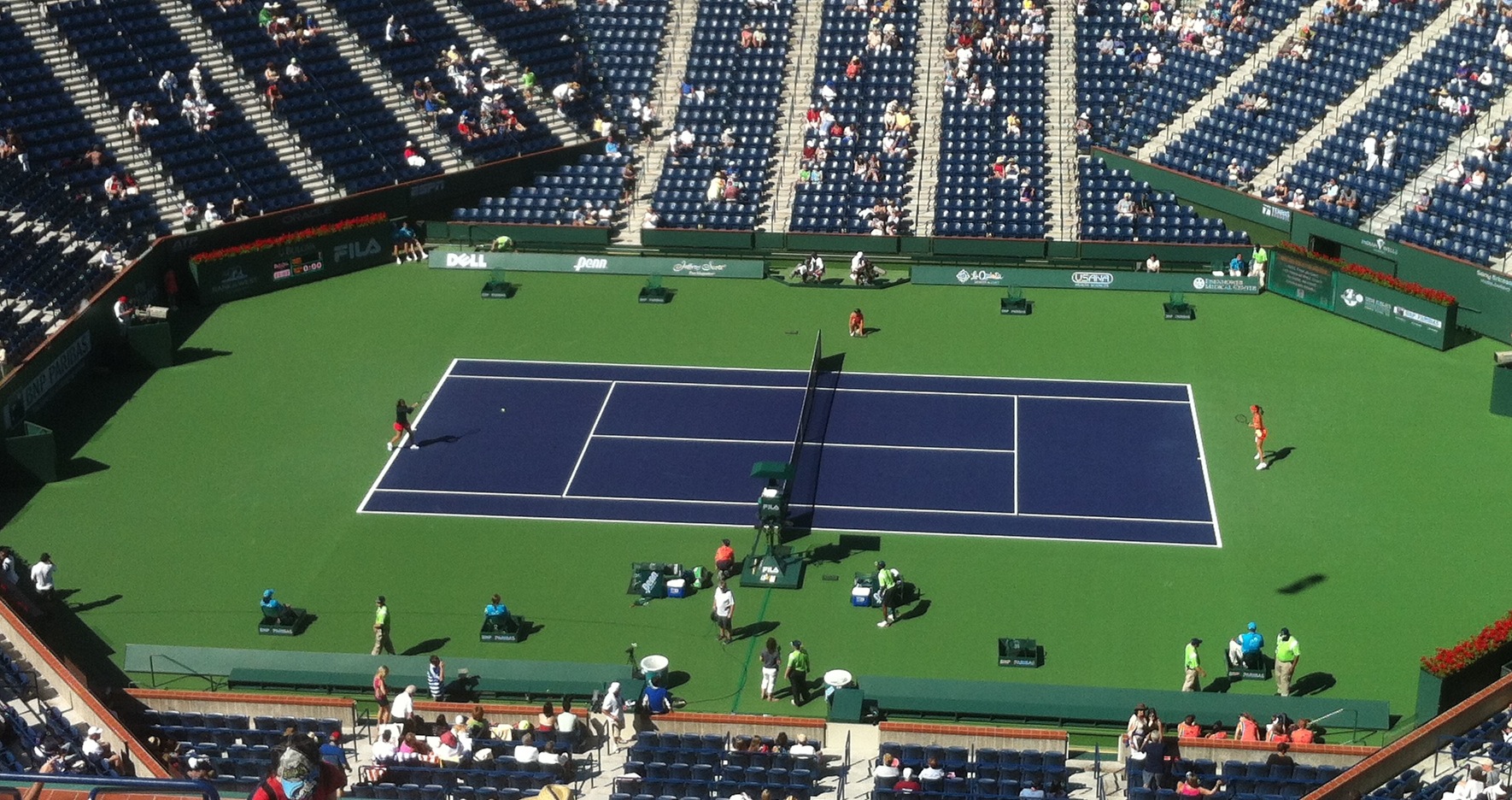 The end lines appear to be thicker than the other lines (including the service line). My questions are:

2) It typically helps the players see the baseline opposite them a little easier - since it is the line farthest from the players viewing position.

Also - it is mentioned in the specifications for building a tennis court. See Page 9 here:

Personally I have played on courts with both a standard thickness base line and a 100mm thick baseline and it has not made much difference to me as far as visibility is concerned.

Here is an additional page that is a good reference on court dimensions and line widths.

The real reason for the thicker baselines is perspective for the TV angles, making them look the same-width as the side lines from the back of the court.

If they were not thicker, you would barely be able to see the baseline from most TV angles.

6
What happens if the ball returns to the player's side of the court in tennis?
5
Do tennis players go off court for a break before the next set after an even number of games?
0
Tennis - soil under grass vs other court types
6
What are these additional white lines on the cricket pitch?
6
All-winners semifinals in tennis
3
Grass tennis compared to hard court
2
Can the same person play all matches in the Fed Cup?