How many championship rings does Troy Aikman have?

As I was watching Green Bay beat up on Carolina today, I saw a Papa John's Pizza ad featuring Troy Aikman. During the commercial, they show a closeup on his hand, bejeweled with his championship rings: 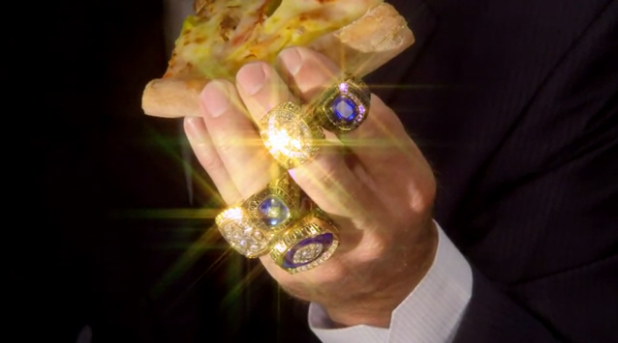 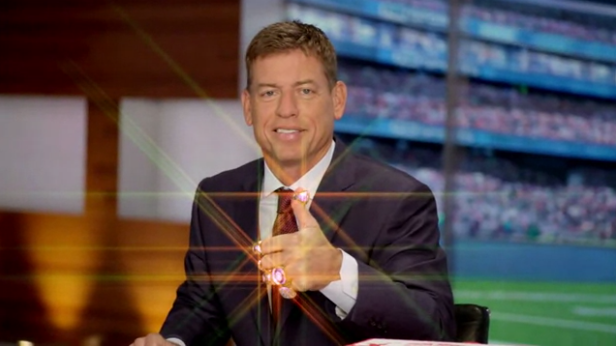 Troy Aikman won three Super Bowls with the Dallas Cowboys, but I see six rings here. How many championship rings does Troy Aikman have?

He wasn't a member of any coaching staffs who won championships, as far as I can tell - he's been a commentator since his retirement, for Fox.

From looking at the picture, there are three superbowl rings, which would be his pinky finger, middle finger, and thumb. There is one Pro Football Hall of Fame ring, which is the lower ring on his ring finger (the oval-shaped purple ring). One would be his College Football Hall of Fame ring, which is likely the other ring finger ring. The sixth could be one of a few things; it could be his college football championship ring, although that should be red. It could be a ring for an MVP or some other honor, or possibly for the Dallas Cowboys Ring of Honor, though I didn't see any evidence of that existing.

Not the answer you're looking for? Browse other questions tagged american-football trivia awards or ask your own question.

4
How many times have major league teams won a championship after winning 4 Game 7s?
1
How many rounds of golf does the average golfer play?
2
Have any players ever won an NCAA football championship with two different teams?
7
How many of the NFL tiebreakers have actually been used?
5
How many tennis players have announced retirement after winning Grand Slam?
4
How many olympic gold medal ties have there been?
2
How many seasons did Steve Young play?
2
How many rugby union players have won 2 World Cups and 2 Lions Series?