In Le Mans, what are the 3 lights on the side of the car? 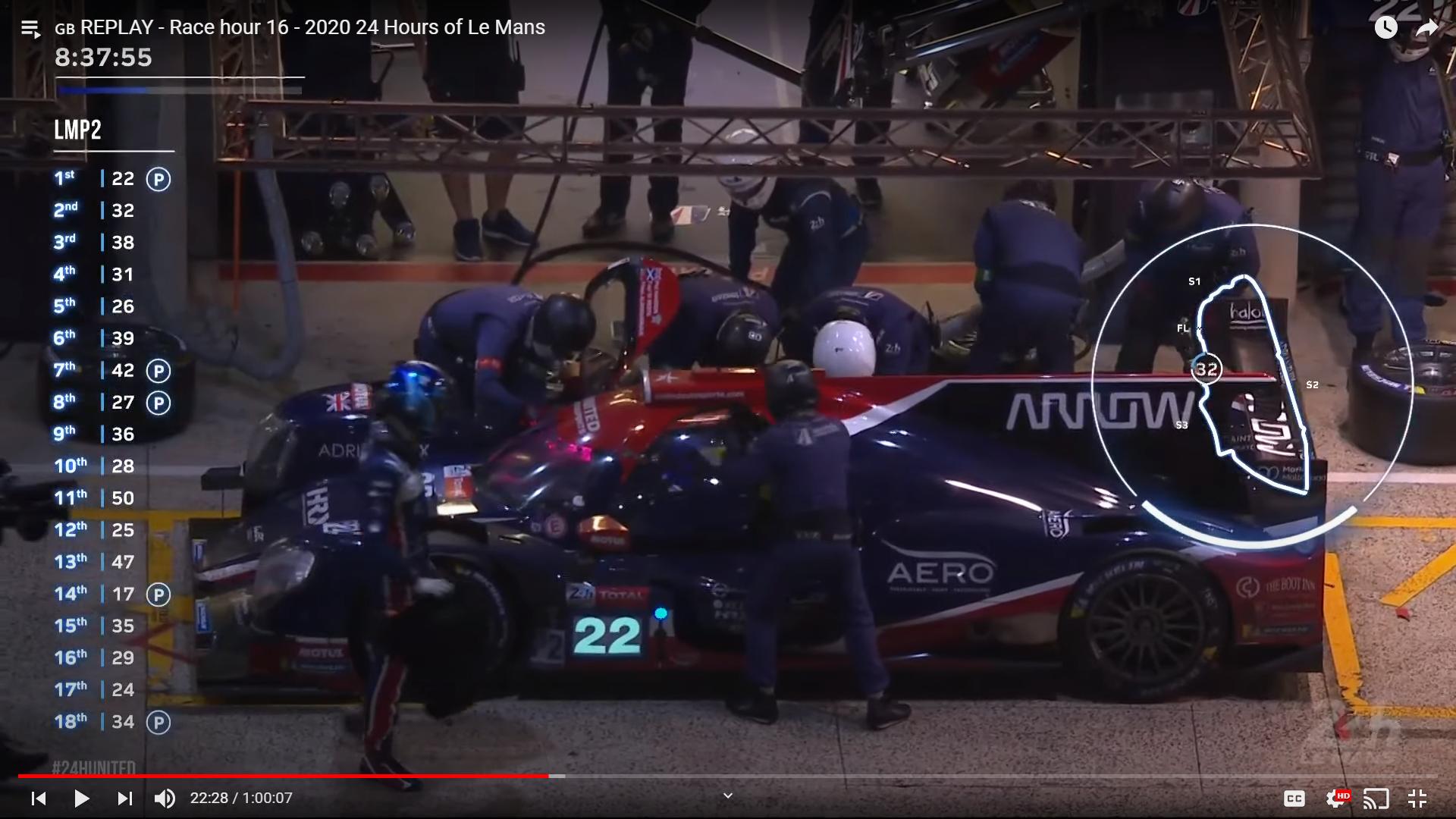 In Le Mans, all cars have 3 lights on the side.

The color part is easy: It is the color of the series you are racing in.

What is the logic of those lights?

As an example, you can see in your screenshot that the #22 car is currently leading the LMP2 class, and accordingly, it only has one leader light on.

I believe that the purpose of these lights is to make it easier for spectators at the track - who don't have the TV graphics available to them - to tell who's actually winning. Endurance racing has much greater field spread than, say, Formula One, with cars often ending up multiple laps behind the one in front, making it hard to tell at a glance who's in what position.

Not the answer you're looking for? Browse other questions tagged equipment road-racing or ask your own question.

7
What are the main advantages of sit-on-top kayaks? What makes them so popular?
14
What are the key differences to my game with different racquet sizes?
11
Tune Easton FMJ arrows for a 30# bow?
0
What reasons might prompt a fielding side to request the ball be exchanged for one of comparable wear?
2
Are there any rules or guidelines concerning players' boots?
9
How can F1 teams be competitive if they produce engines for each other?
4
In Le Mans, what is that second Timer on the timer board?
1
Why is 'overall lead' not just LMP1 lead?