What is the motivation behind short-sleeve jerseys in the NBA?

The Golden State Warriors introduced a basketball jersey with short-sleeves during the 2012-2013 NBA Season. 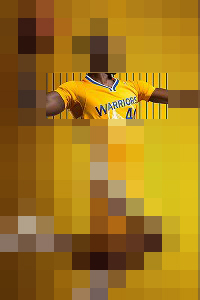 Traditionally, basketball jerseys have been without sleeves. What is the motivation behind introducing short-sleeve jerseys?

It seems to be mainly about style, but the Golden State Warriors (the initial team to make the announcement) and adidas are also touting the performance benefits. This is a little weird, but I'll quote the quote from the article

It's being called the "adizero NBA short sleeve uniform system." And Adidas boasts it as a revolutionary marriage between performance and aesthetics. The uniforms are 26 percent lighter than their traditional counterparts, which Adidas said its research revealed was most important to players. They come with the ever-popular moisture-absorbing feature. The sleeves are made with stretch fabric that wraps 360 degrees around the shoulder to ensure full range of motion, because anyone who has played basketball knows how a T-shirt's sleeve can interfere with a jumper.

Here's a bit about the style factor:

The rationale is having a full shirt as the team's jersey allows people to represent their team in more settings. Unlike soccer, baseball and football, basketball uniforms are limited, from a fashion perspective, because they are sleeveless.

In this instance, I think it is just Adidas trying to increase their profile amongst basketball fans. Nike has dominated the basketball scene for so long..this is Adidas' attempt to gain relevance. I mean, a 26% percent lighter shirt is irrelevant to actual in-game performance...

Because it provides more ad space. Plain and simple. There has been an ever growing push for the NBA to put sponsorship decals on jerseys and standardising sleeved uniforms now establishes themselves for when this becomes the norm.

I think a big factor is also profit. If I own a team's jersey, the likelihood of me buying their jersey again is slim, unless there is a redesign or a special edition jersey. This aesthetic is a definite incentive to boost jersey sales and entice people who've purchased their favourite team's jersey to go pick up a new one.

6
What do composite basketballs offer over leather basketballs?
4
Why do NBA teams wear spanish jerseys?
3
What is the highest two-man stat line from teammates in NBA history?
1
Unbalanced conferences in the NBA
1
Has there been a time the 2 NBA or NHL teams in the playoffs final series got there without losing any games?
0
NBA Draft - Are there any restrictions on signing an undrafted player?
3
Which team is mentioned first in the score in NBA games?
0
What team has shortest “longest losing streak” within a season in NBA history?
3
Where does the NBA league revenue come from?